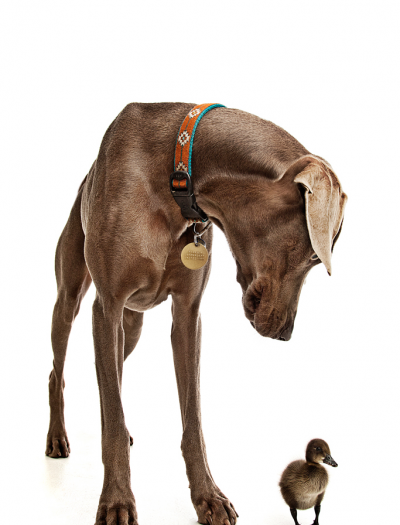 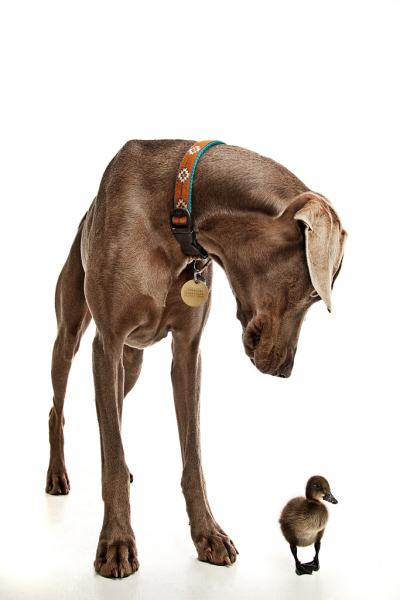 Ahhhhh the world of animals! We may consider changing the whole concept of this weekly workshop to an animal journal purely so we can look at cute cat videos all week! But seriously, animals really are incredible creatures and their interaction with humans throughout history is vast and fascinating. Specifically with relation to photography, we have discovered that while it is by no means a new thing to involve animals in portraits, it is definitely becoming more popular and prevalent within the family portrait industry. We of course LOVE animals and love including them in our studio sessions. We hope you enjoy looking through some of our favourite animal photography inspiration below with a few tips as to how you can capture the perfect pet portait at home. 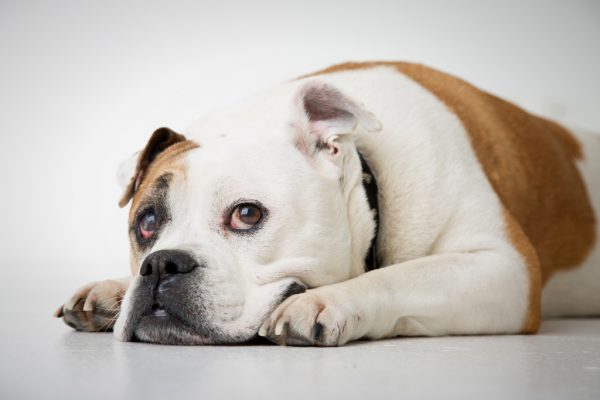 Have a pet at home? If they are energetic make sure you use a super fast shutter speed to freeze them in motion 1/500th second or even faster. Sleepy pets? Get down low, up nice and close and opt for a wide aperture (lower the number for shallower depth of field – i.e. F2.8 or even less). A more classic portrait will use a longer, telephoto lens, such as 85mm or longer. For a fun, unteresting angle, try a wide angle up close! 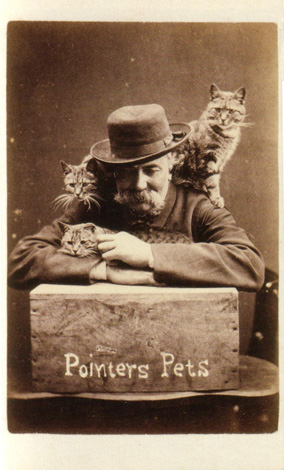 Images and videos of cats create one of the most viewed content on the Internet – and let’s admit it, we are very happy about it. Interesting thing is, cats have been viral since the 1870s when the Brighton photographer Harry Pointer became famous for his funny cat pictures. Pointer began his career taking conventional photos of cats but soon realized that people enjoyed more pictures of cats in ridiculous poses, unusual settings or with a silly facial expression. SOURCE 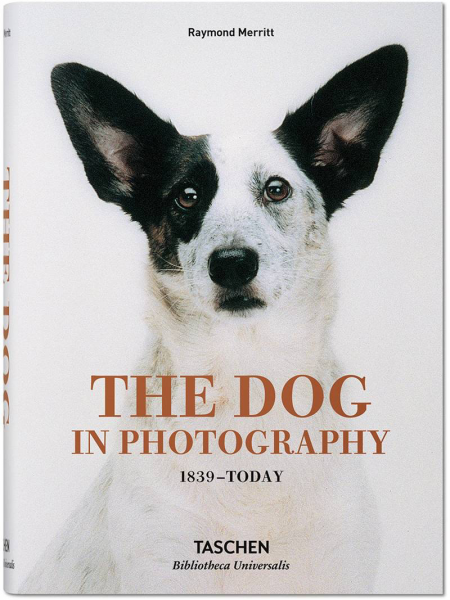 The Dog in Photography is a book just released by Raymond Merritt that compiles over 400 photographs of or about dogs. With pictures from the 19th century until today, the pictures, unique in style but untied in canine affection, are testimony if ever there was one that dogs are not only best friends but also pure photographic inspiration”. We couldn’t agree more! Check out the book HERE. SOURCE 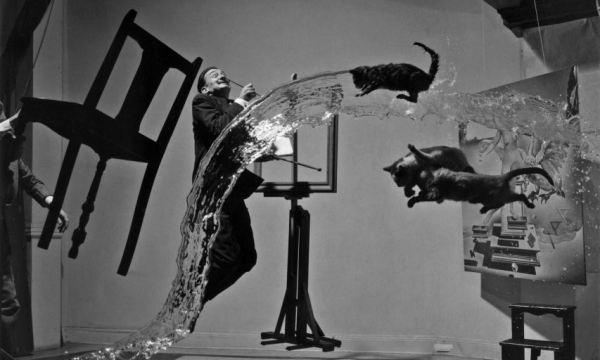 Salvador Dali: Cat lovers, look away! Those cats weren’t airborne by choice. Assistants threw them on stage while another splashed buckets of water at them. The photograph took 26 attempts to execute.

“In 1941, American photographer Philippe Halsman met the surrealist artist Salvador Dalí in New York City and they began to collaborate in the late 1940s. The 1948 work Dali Atomicus explores the idea of suspension, depicting three cats flying, water thrown from a bucket, an easel, a footstool and Salvador Dalí all seemingly suspended in mid-air. The title of the photograph is a reference to Dalí’s work Leda Atomica (at that which can be seen in the right of the photograph behind the two cats.) Halsman reported that it took 28 attempts to be satisfied with the result. This is the unretouched version of the photograph that was published in LIFE magazine. In this version the wires suspending the easel and the painting, the hand of the assistant holding the chair and the prop holding up the footstool can still be seen. The frame on the easel is still empty. The copyright for this photo was registered with the U.S. Copyright Office but according to the U.S. Library of Congress was not renewed, putting it in the public domain in the United States and countries which adopted the rule of the shorter term.”
SOURCE 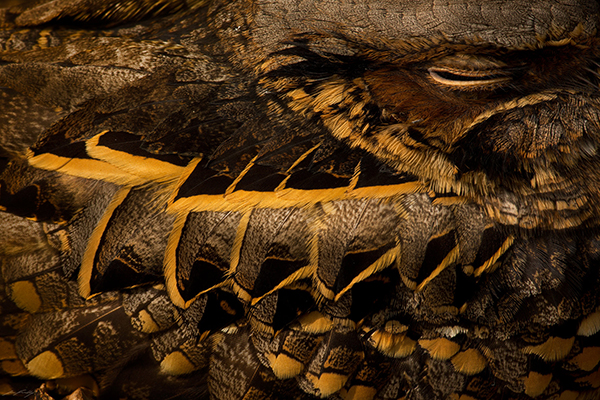 “Jess Findlay is a 25 year old professional nature photographer based out of Vancouver, British Columbia, Canada.

Specializing in wildlife and landscapes, Jess has photographed extensively in his home province of BC, Alaska and elsewhere throughout the Pacific Northwest. His travels also bring him each year to various locations in Central and South America.

Jess’ work has been honoured by Nature’s Best Photography, NHM Wildlife Photographer of the Year and has been featured in the Smithsonian Museum of Natural History and the Royal British Columbia Museum.” 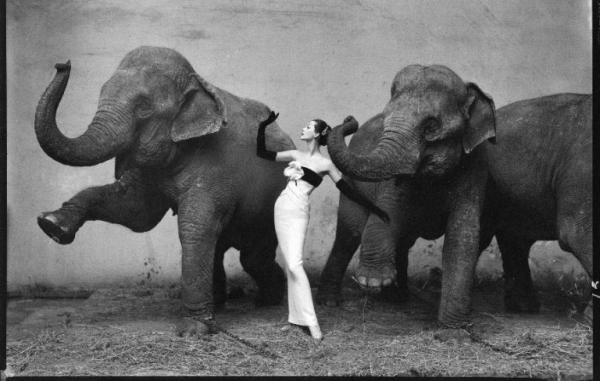 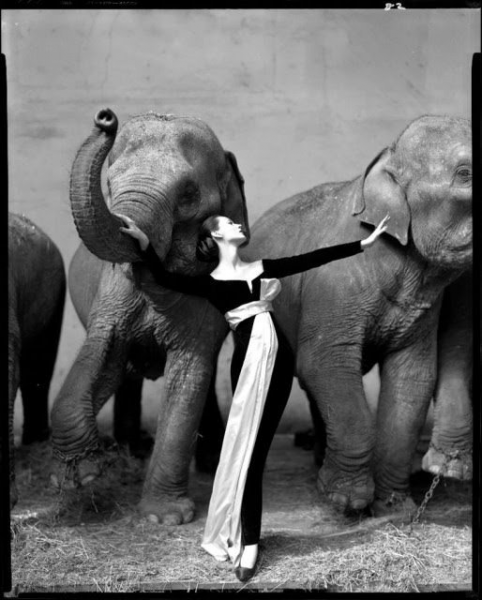 Dovima with the Elephants

“It could be said that Dovima, for whom the term ‘supermodel’ was coined, made a name for herself—literally. Born Dorothy Virginia Margaret Juba, she took the first two letters of her three given names. Not just that, she also perpetuated that the notion of vacuous blondes. In Egypt, while asked her what she thought of Africa, she replied, “Africa? Who said anything about Africa? This is Egypt.” When it was explained that Egypt was in Africa, she replied, “I should have charged double rate!” On the same shoot, she brought along a large trunk that the photographer Richard Avedon assumed was filled with clothes. When he asked Dovima about the trunk, she told him they were her books. Avedon didn’t want to separate the girl from her books, so they lugged the trunk across the desert only to find out they were her comic books.

Yet, Avedon admired her as “the last of the great elegant, aristocratic beauties… the most remarkable and unconventional beauty of her time”. For him, she posed in many photographs that came to be the most iconic fashion images of the century. The above picture,”Dovima with the Elephants” was taken by Avedon at the Cirque d’hiver, Paris, in August 1955. The dress was the first evening dress designed for Christian Dior by his new assistant, Yves Saint-Laurent.

Dramatic juxtaposition between diaphanous grace and brutish power was achieved by the symmetry between elephants and Dovima, and underlined by the dirty elephants and the clean, elegant model, the rough elephant skin and the smooth fabric of the dress, as well as by gray sprightly but chained elephants and clear-cut and flowing black and white dress. Yet, Avedon was unsatisfied; for the bottom picture, he lamented that, “the sash isn’t right. It should have echoed the outside leg of the elephant to Dovima’s right.” The photo was conspicuously absent Avedon’s seminal photobook, An Autobiography.

Two contrasting studies of Dovima were published by Harper’s Bazaar. The photograph of Dovima in black was reprinted many times but the image of Dovima in white was printed only once and the negative no longer exists. “It disappeared mysteriously,” Avedon said. Dovima, too, disappeared. Always insecure about her looks, she left modeling in 1962, saying, ”I didn’t want to wait until the camera turned cruel”. The woman who earned merely $60 per hour even at the height of her career ended her life working as a waitress in Florida. It was a tragic final act more damning of modern extravagances of fashion than of a simpler, quieter era she represented.”
SOURCE 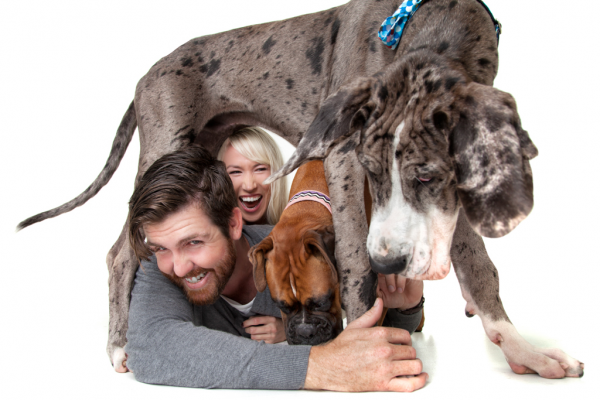 Still a favourite or ours, thank you Jess, Scott, Morris and Piper! 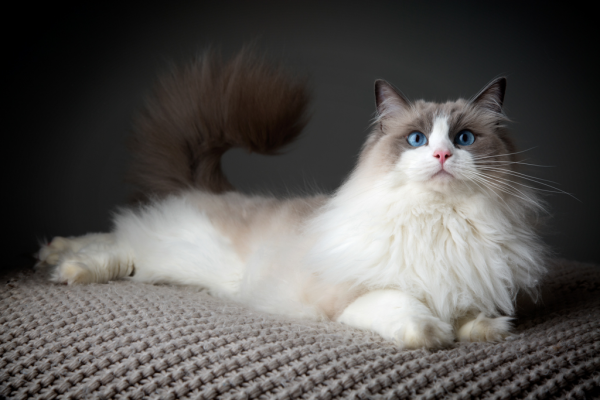 The very handsome Leo (above) and adorable Mrs Prince (below).... Thank you Kate and Mitch for bringing your adorable family into the studio... (please note - these sessions happened on seperate occasions although, looking back, I'm now keen to see if we can get a portrait with both cat and bird together? I believe they get along at home?!) And of course your newest addition little Isabella! X 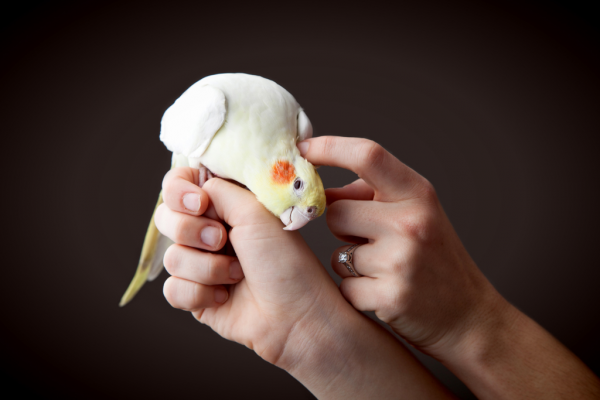 Prints your photos!
This may sound like an obvious one… But how many photos do you have of your beautiful pets stuck in your phone or on your computer? What happens when you lose the phone? Or a hard drive become corrupt?
Do you remember looking through photo albums growing up, and that sense of wonder and joy reliving magical tiny little moments captured in time, on film, a million years ago? Or was that just me?! Even if the photos become a little rough around the edges, having that tangible photo to hold in your hands is so much more valuable than a digital image.
Even if you rarely look through the album, we guarantee there’ll be a time, you’ll want to curl up with a cup of tea, and flick through these moments and memories.

Here are a few links to suppliers that can help print your favourites:
Streets
Milk Photo Books

Lizzi and Nick first came into the studio with their two beautiful German Shepards Kobe and Sasha, before then bringing their python, Yohan and most recently, their two lovely (albeit slightly reluctant!) cats Leo and Finn… This could be another occasion where we might try and photograph the whole family together – 2 cats, 2 dogs and a snake, what could possibly go wrong? 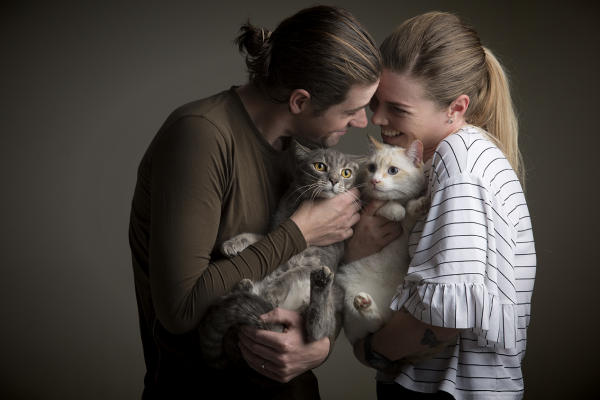 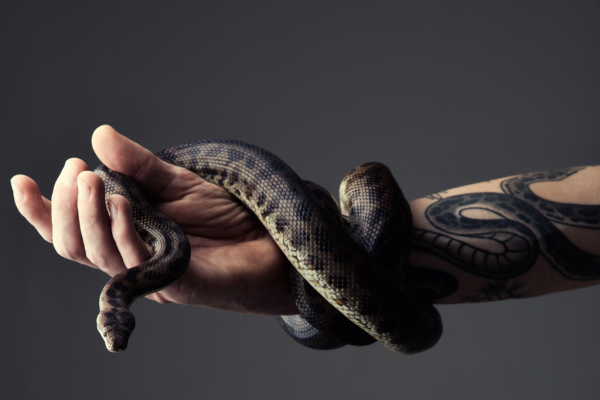 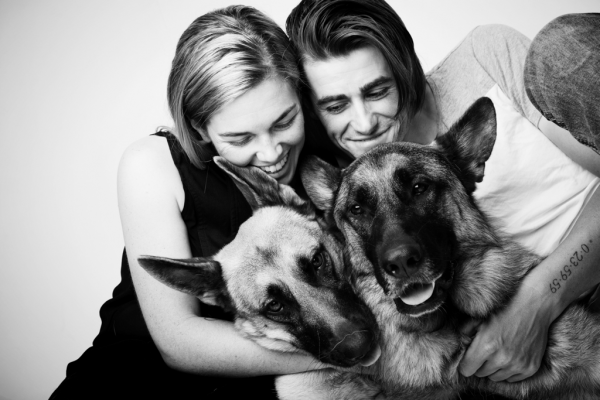 Don’t make “taking the photo” the main exercise. First, engage, play, muck around – just have fun with your furry friend)… then sneak the camera out and try and capture a candid shot while still playing. Also – one word: TREATS!