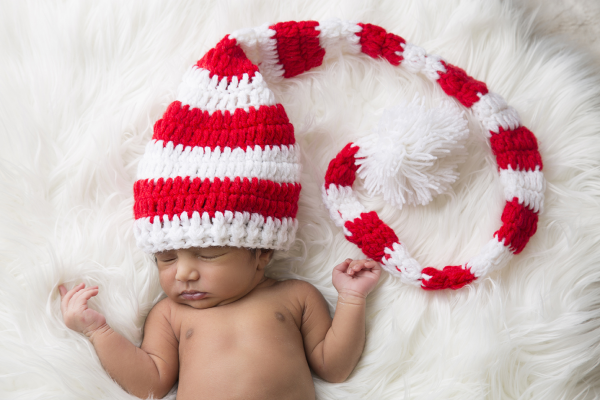 Babies and iPhones! While we don’t want to do ourselves out of a job… We must admit the quality of photographs captured on iPhones and android phone cameras are annoyingly great. We decided instead of fighting the fact, we would embrace improving technology and research some of the best tips out there for making the most of your telephonic devices. After attending an incredible Pregnancy, Babies and Children’s Expo this weekend and hearing from a number of parents that they just want to capture all of the little moments happening before their eyes at home it made us think just how incredible the times are in which we live; where it is actually possible to do this with little cost to your pockets and to the environment. The trick is of course to learn all of the features on the phone and still apply all of the lighting, composition and story telling aspects that make a great photograph. We hope you won’t forget about us faithful photographers with beautiful high end equipment in our studio, just waiting to be the ones to capture your family portrait! ;)….. 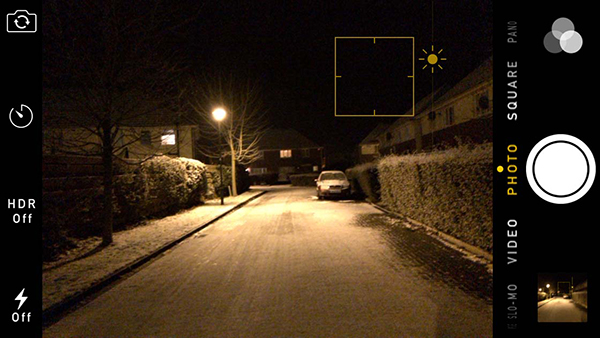 “Anyone can pick up an iPhone and take a photo, but it takes a more skilled photographer to create a truly great image. Taking incredible photos with an iPhone is actually very easy, as long as you follow some important guidelines on focus, exposure, composition and photo editing. In this article, you’ll discover 12 essential techniques that every serious mobile photographer should know.”. Click here to read more: SOURCE 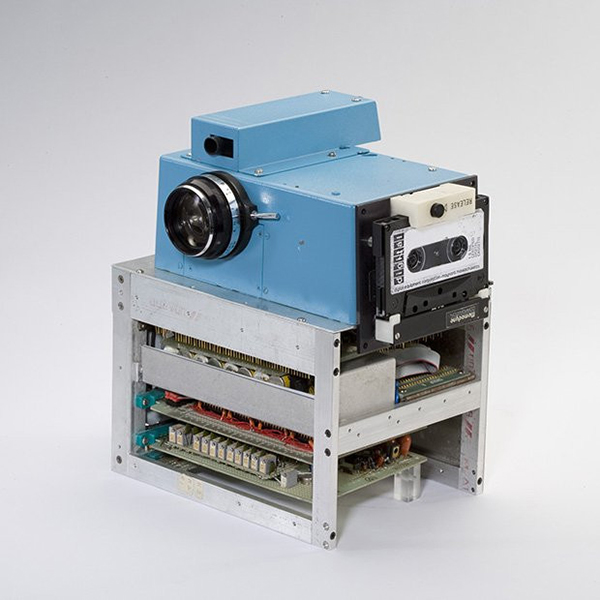 Steve Sasson of Eastman Kodak invented the digital camera in 1975. It weighed eight pounds, recorded the image on a cassette tape and took 23 seconds to “snap” a picture. Oh, and the resolution? 0.01 megapixels!  SOURCE 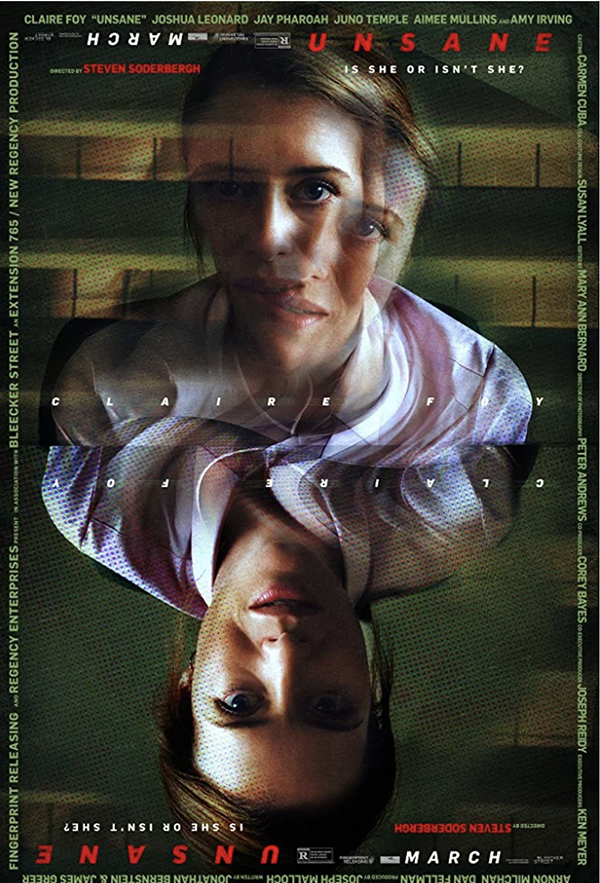 Unsane is a movie shot entirely on an iPhone by Steven Stodenburgh who has been touting that this is the future of movie making, however: “For the most part, Unsane feels like one of the many early experiments in a technology that’s still developing, and hasn’t caught up with professional-grade movie cameras. It’s still more of a limited novelty than a cinematic revolution.” SOURCE

“At its best, photography captures fleeting snippets that crystallize the hope, anguish, wonder and joy of life. Alfred Eisenstaedt, one of the first four photographers hired by LIFE magazine, made it his mission “to find and catch the storytelling moment.” He didn’t have to go far for it when World War II ended on August 14, 1945. Taking in the mood on the streets of New York City, Eisenstaedt soon found himself in the joyous tumult of Times Square. As he searched for subjects, a sailor in front of him grabbed hold of a nurse, tilted her back and kissed her. Eisenstaedt’s photograph of that passionate swoop distilled the relief and promise of that momentous day in a single moment of unbridled joy (although some argue today that it should be seen as a case of sexual assault). His beautiful image has become the most famous and frequently reproduced picture of the 20th century, and it forms the basis of our collective memory of that transformative moment in world history. “People tell me that when I’m in heaven,” Eisenstaedt said, “they will remember this picture.”
SOURCE 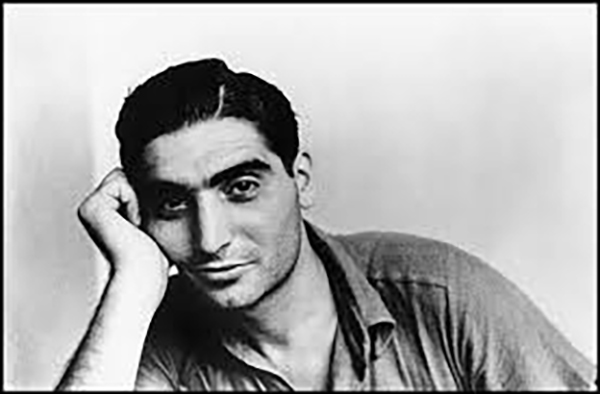 Robert Capa was a Hungarian war photographer and photojournalist, and was also the companion and professional partner of photographer Gerda Taro. He is arguably the greatest combat and adventure photographer in history.

Capa fled political repression in Hungary when he was a teenager, moving to Berlin, where he enrolled in college. He witnessed the rise of Hitler, which led him to move to Paris, where he met and began to work with Gerta Pohorylle. Together they worked under the alias Robert Capa and became photojournalists. Though she contributed to much of the early work, she quickly created her own alias ‘Gerda Taro’ and they began to publish their work separately. He subsequently covered five wars: the Spanish Civil War, the Second Sino-Japanese War, World War II across Europe, the 1948 Arab–Israeli War, and the First Indochina War, with his photos published in major magazines and newspapers.

During his career he risked his life numerous times, most dramatically as the only civilian photographer landing on Omaha Beach on D-Day. He documented the course of World War II in London, North Africa, Italy, and the liberation of Paris. His friends and colleagues included Ernest Hemingway, Irwin Shaw, John Steinbeck and director John Huston.

In 1947, for his work recording World War II in pictures, U.S. general Dwight D. Eisenhower awarded Capa the Medal of Freedom. That same year, Capa co-founded Magnum Photos in Paris. The organization was the first cooperative agency for worldwide freelance photographers. Hungary has issued a stamp and a gold coin in his honor.” 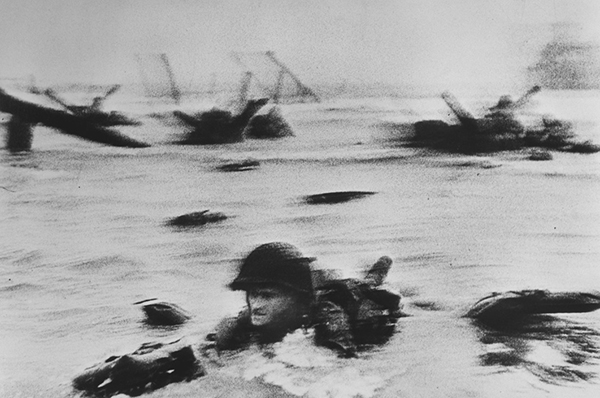 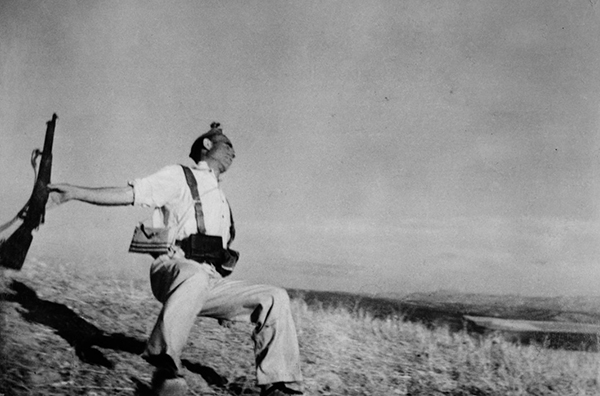 Meet Emil Pakarklis, an avid and impressive “iphoneographer”… The 10 minute youtube video below is very helpful if you want to learn more about taking great iPhone images.

“You too can start taking incredible iPhone photos that everyone adores and that you’ll be proud to look at years later – without ever carrying a bulky camera.” 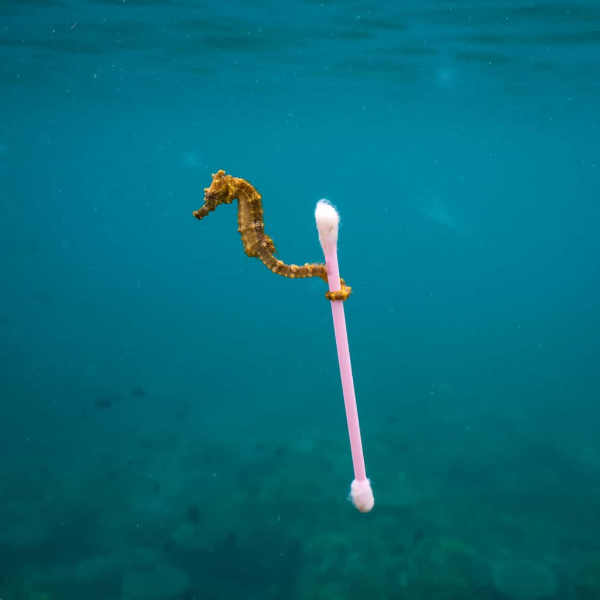 A seahorse grabs on to rubbish in Indonesia
Justin Hofman

17 September I’m an expedition guide and I had taken clients snorkelling. It was good at first, but then the tide changed and all this debris and trash started drifting over the reef. What started out as a pleasant afternoon turned into swimming in garbage. It was pretty disgusting. At first I just saw the seahorse and I thought it was cute. I stayed with it and it grabbed on to the cotton swab. There are only really three colours in the image, so there’s a beautiful graphic quality to it, but it also generates feelings of disgust. I see trash and wildlife together a lot, but this is the most dramatic interaction I’ve seen.
SOURCE

YOUR OPINION!  How can we practically change our day to day tasks so that we help the environment. As much as I love film – digital imaging is infinitely better for the environment without the need to dispose of harsh chemicals. 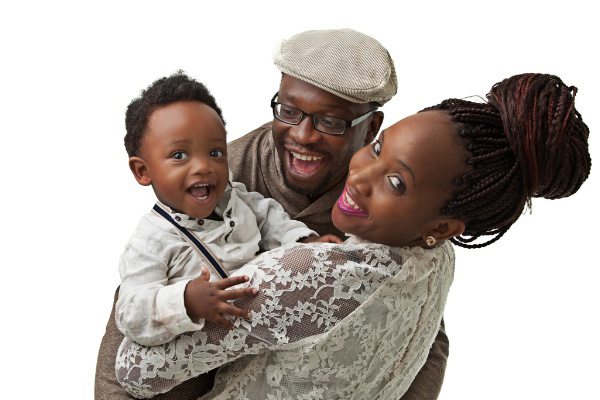 WHY PROFESSIONAL PHOTOGRAPHY IS STILL SO IMPORTANT?

We just wanted to include this little note to reiterate why taking the time to capture portraits with a professional is still important, despite the ease of every day snapshots.

“When you ask people what possessions they would rescue from their burning house, one of the most frequent answers is the photograph album or a computer with their digital images. When in panic mode it’s interesting that we would probably grab photos rather than valuable jewelry. This impulse to save our recorded memories is a powerful force which tells us much about the role of photography in our lives and our constant desire to distil our most precious moments into images.

We preserve the important events and people in our lives. The ceremonies of birth and birthdays, marriages and anniversaries, holidays and new houses are all recorded because they matter. Photographs are our personal story, a timeline of our lives filled with faces and places that we love. They are our story, which we can share with others. The hundreds of images come together to form a narrative of our lives.

Once I remember sitting in a train as it passed a playground where children were standing to attention for the annual school photograph. Across the front row sat the teachers and behind them, hundreds of children neatly preened and uniformed. For the briefest second the entire assembly was motionless. We were passing just as the photographer clicked the shutter. Suddenly, as if in slow motion, the huge group scattered as children escaped their enforced immobility. The neat rows dissolved and broke into individuals who were now kicking footballs or huddled in friendship groups. None of those children realised that the photograph was probably going to outlive them. A couple of generations later it might surface among old papers in an attic and someone would search for granddad among the fresh young faces. Photographs matter because they freeze moments of our lives which pass unremarkably and which seem to have little importance to us at the time. The significance, however, may be for others who search for the person we once were or the places we once knew. They can be small pieces of a jigsaw that complete the larger picture of our lives.” 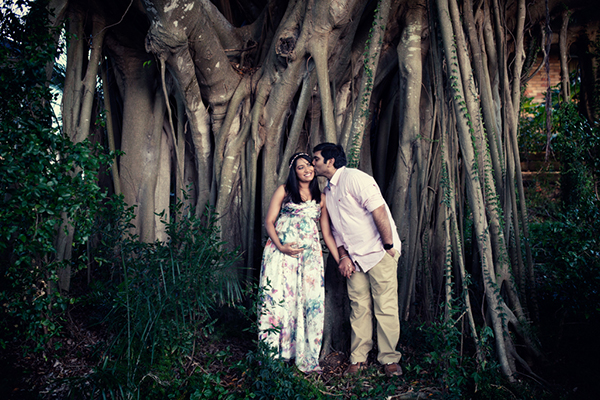 This is the story of our amazing journey with Kavya, Ven, Ana and Mahira…. We first met this vibrant couple in March of 2014 for a maternity photo shoot at the Cleveland Lighthouse. A few months later, we began a year long journey photographing baby Ana, once a month for her first year of life. It really was such an incredible experience to witness all of the amazing little changes throughout the first 12 months! Earlier this year, we were very excited to hear Kavya and Ven were expecting their second baby girl and we met again for a maternity shoot in the Mt Cottha botanical gardens. And then a special family photo shoot for the arrival of Mahira. It’s experiences like these that make us truly love and appreciate our craft and we love being a small part of each families journey. Thank you Kavya and Ven – you have a beautiful family! X 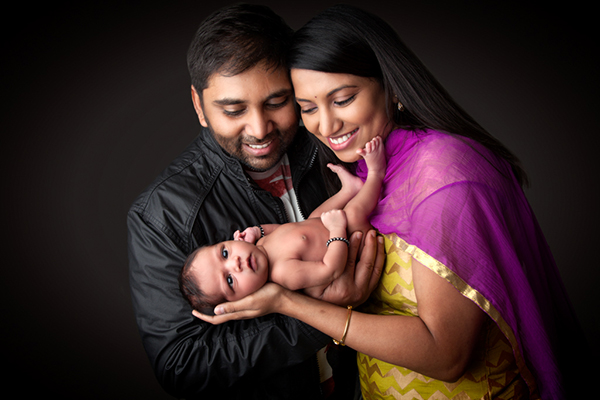 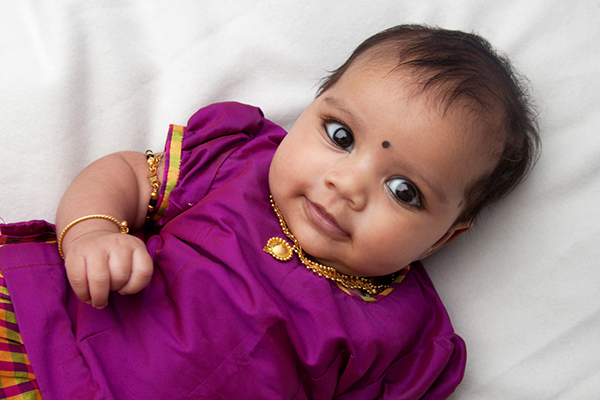 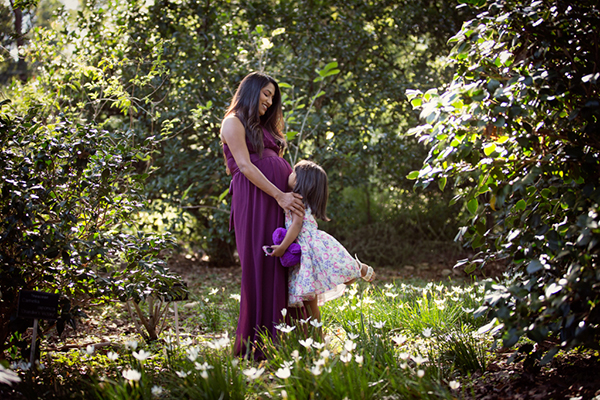 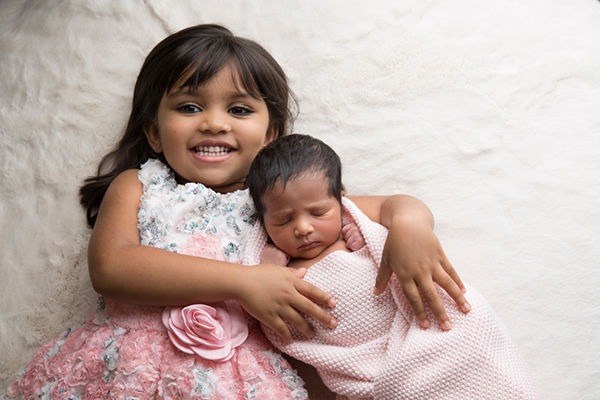 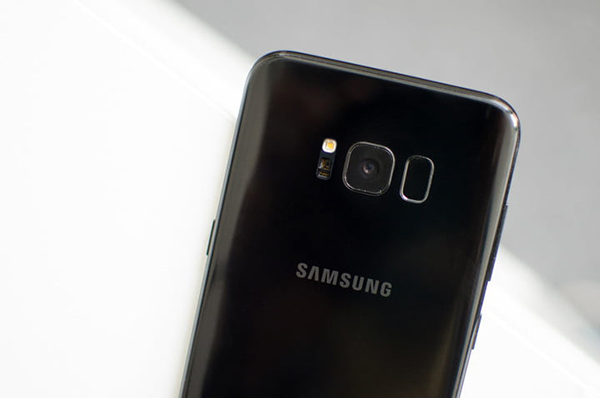 “The Galaxy S8 might not boast the iPhone’s fancy dual-sensor setup, but its 12MP camera is nothing to shake a stick at. It ranks third on camera benchmarking site DxOMark’s list of top-ranking smartphone cameras, the second-highest score ever achieved by an Android phone. In our testing, the Galaxy S8, manage to capture clear, color-accurate shots pretty consistently.” Read the full article HERE