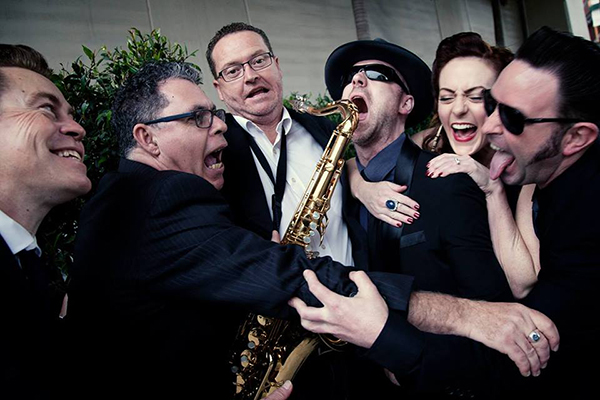 The world of music photography is a fascinating one and there are so many parallels between the modern evolution of music and photography industry. The introduction of digital media, for example, has had a big impact on both and has forced creatives to develop new strategies to first stay alive and now to thrive. I was inspired by a radio interview this week with a Big Day Out photographer who beautifully described the magic that unfolds before your eyes while photographing a music festival. She insists on patience: to wait for that voice within that says “now is the decisive moment”! To capture that split second of magic as opposed to rapid firing and missing everything. To be fully present in the moment and use your intuition. Of course, it also helps to have an access all areas pass… 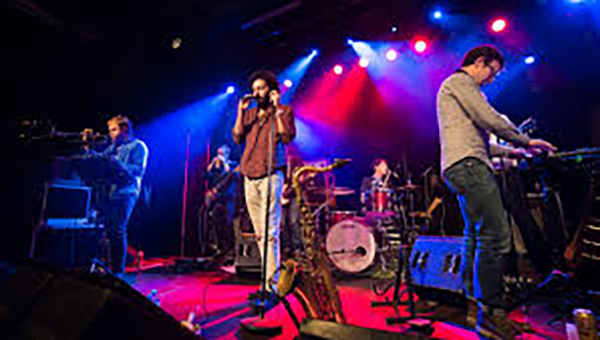 Tips on how to shoot low light concert photography: 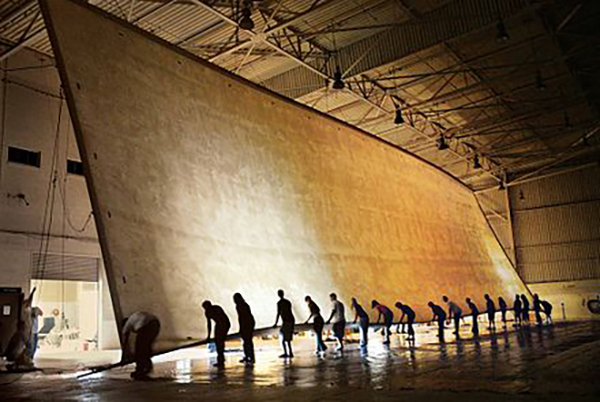 “The largest photographs in the world are made by stitching smaller images together. The largest seamless photograph in the world is of a control tower and runways at the US Marin Corps Air Station in El Toro, Orange County, California. It measure 32 feet high and 11 feet wide. It was taken in a decommissioned jet hanger, which was turned into a giant pinhole camera. The ‘film’ was a 32 feet x 111 feet piece of white fabric covered in 20 gallons of light-sensitive emulsion. The fabric was exposed to the outside image for 35 minutes. Print washing the image was done with hire hoses connected to two fire hydrants.”
SOURCE 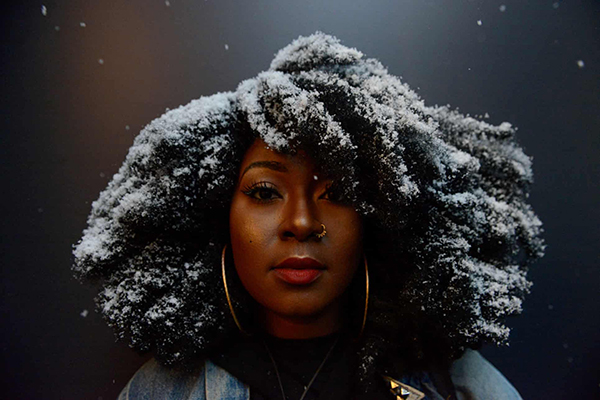 Kandy Freeman at Black Lives Matter protest
Stephanie Keith/Reuters
“14 January I had an assignment to stake out Trump Tower a couple of days before the inauguration. At around four o’clock, the march arrived across the street. It had just started snowing heavily – these big flakes. I went over and saw Kandy Freeman. I loved the way the snowflakes were staying in her afro. I thought that was a poignant detail, that they were not melting. They were the embodiment of “the snowflake”, the slur the right uses for the liberal left. The photo seems really quiet, but there’s actually chaos going on behind us.” 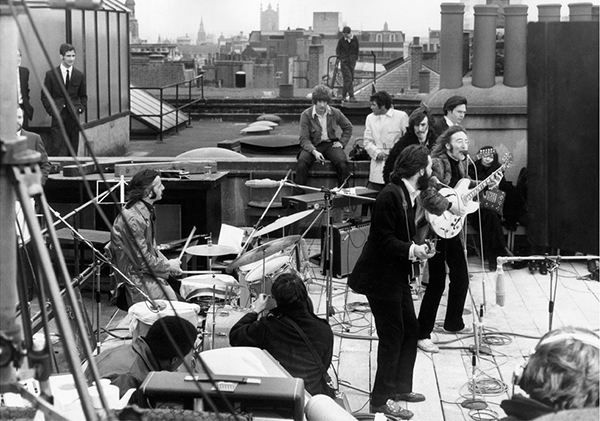 “Although the concert was unannounced, the Beatles had planned on performing live during their Get Back sessions earlier in January.  According to author Mark Lewisohn, it is uncertain who had the idea for a rooftop concert, but the suggestion was conceived just days before the actual event. George Harrison brought in keyboardist Billy Preston as an additional musician, in the hope that a talented outside observer would encourage the band to be tight and focused. In Preston’s recollection, the idea to perform on the Apple rooftop was John Lennon‘s.  Ringo Starr remembered:

“There was a plan to play live somewhere. We were wondering where we could go – “Oh, the Palladium or the Sahara”. But we would have had to take all the stuff, so we decided, “Let’s get up on the roof.”

In his autobiography Sound Man, recording engineer Glyn Johns claims the idea for the concert was his.

The audio was recorded onto two eight-track recorders in the basement studio at Appleby engineer Alan Parsons.[8] Film director Michael Lindsay-Hogg brought in a camera crew to capture several angles of the performance, including reactions from people on the street.

When the Beatles first started playing, there was some confusion from spectators watching five storeys below, many of whom were on their lunch break. As the news of the event spread, crowds of onlookers began to congregate in the streets and on the roofs of local buildings. While most responded positively to the concert, the Metropolitan Police grew concerned about noise and traffic issues.Apple employees initially refused to let police inside, but reconsidered when threatened with arrest.

As police ascended to the roof, the Beatles realised that the concert would eventually be shut down, but continued to play for several more minutes.[Paul McCartney improvised the lyrics of his song “Get Back” to reflect the situation: “You’ve been playing on the roofs again, and you know your Momma doesn’t like it, she’s gonna have you arrested!”[The concert came to an end with the conclusion of “Get Back”, with Lennon saying, “I’d like to say thank you on behalf of the group and ourselves and I hope we’ve passed the audition.” 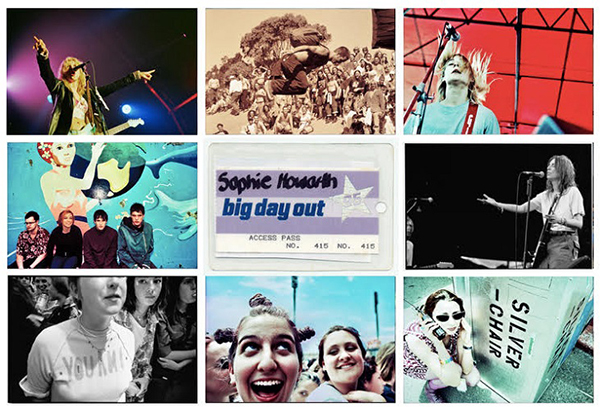 “Sophie Howarth has been working as a commercial photographer for 20 years. She completed her formal study in 1993 at the National Art School, Sydney, Australia. Sophie has specialised in Music Photography and has had the opportunity to shoot some of Australia’s most important musicians, festivals and tours.

She is one of the Big Day Out official photographers which showcases international and local musicians. Over the last 12 years she has also been working on her artistic practice and has collected a catalogue of work that is a visual representation of her impression of Indigenous Australia and includes photographic images from events in Arhnem Land and the Western desert.

In 2006 she designed and self published a book of her photographs on the Big Day Out music festival ‘Peace Love and Brown Rice a Photographic History of the Big Day Out’. The reverie inspired in such environments as the Big Day Out continues to facinate her.

Sophie is interested in how photographs can tell a story. Her artistic practice over the last twelve years has resulted in a anthology of images that individually tell personal stories, while collectively telling the story of the change in Australia’s relationship with it’s Indigenous culture.

‘I like the way I can use photographs to tell a story. The feeling that was infused in the picture at the moment it was taken, embellishes the story. This is the art of photography for me.” 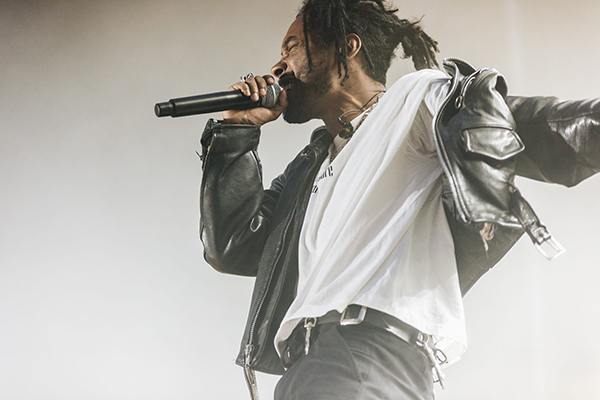 Above photo: Miguel Splendour 2018
All images Copyright Justin Ma (Above and below)

I had the pleasure of attending a three year bachelor of photography with Justin at JCU back in 2002-2004 and he was an inspiration even back then at the beginning of his journey. I’m not going to say too much more… His photographs speak for themselves. Please visit his website – there are so many more photographs to admire!

It’s the way he captures the mood and the spirit of the artist that I find most inspirational and as he mostly shoots with film, I believe he waits for the decisive moment just like Sophie Howeth. This is how we all should be shooting! 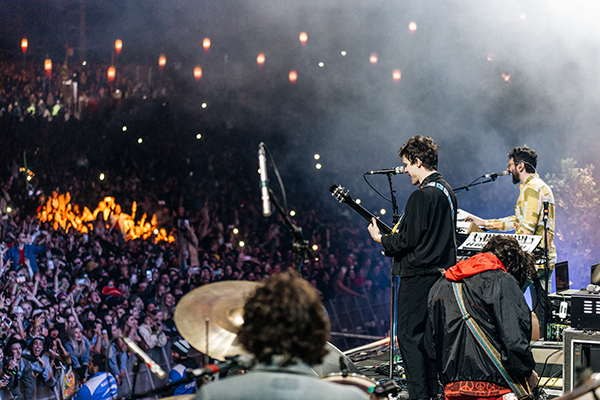 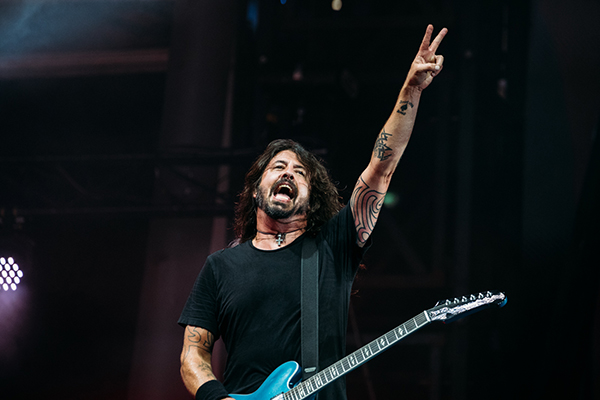 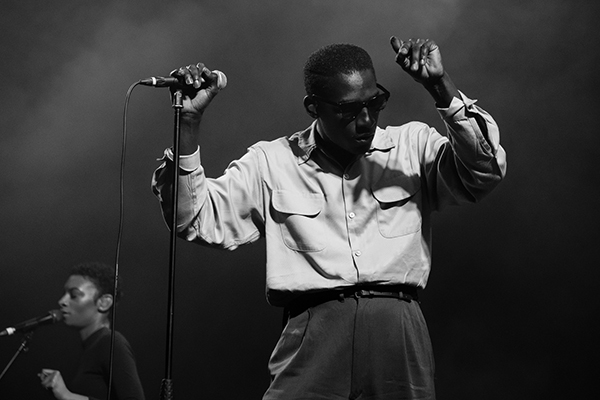 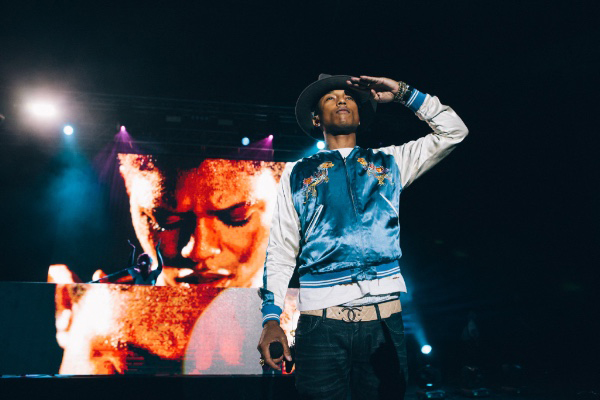 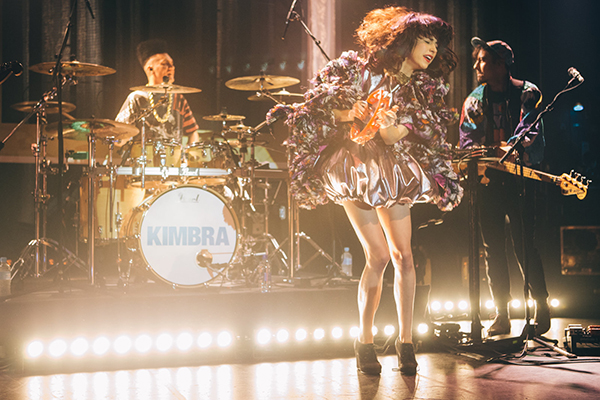 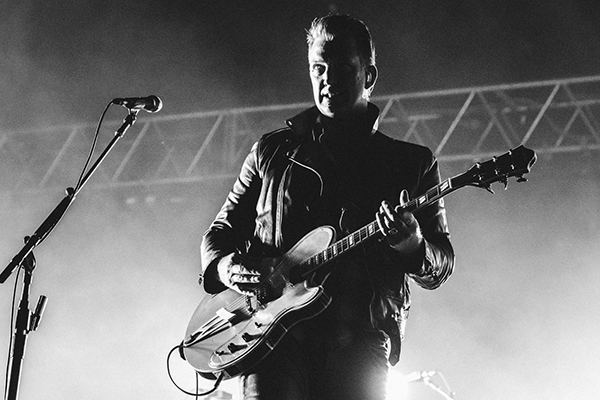 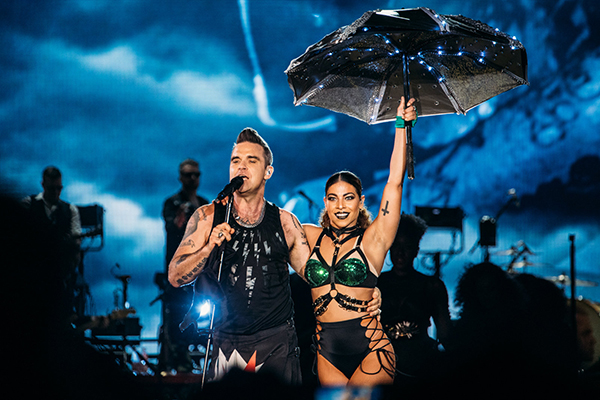 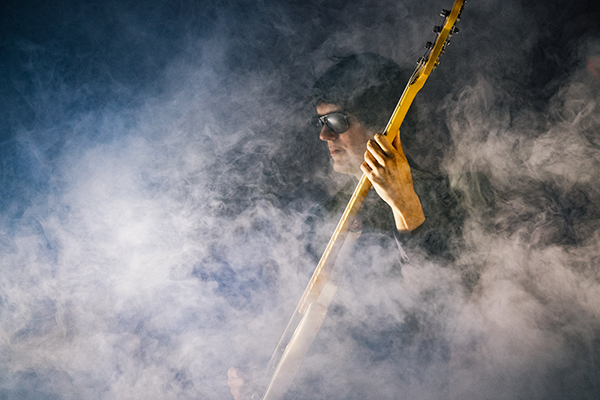 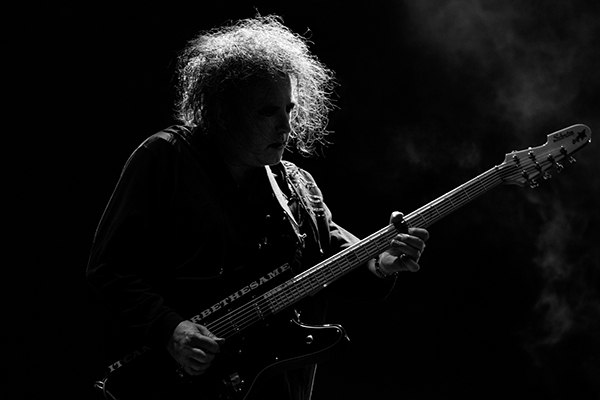 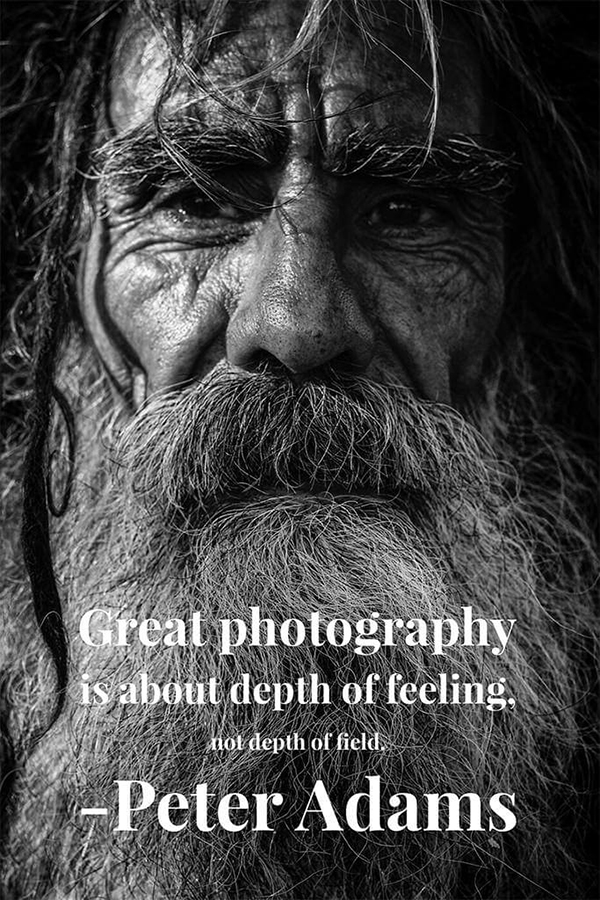 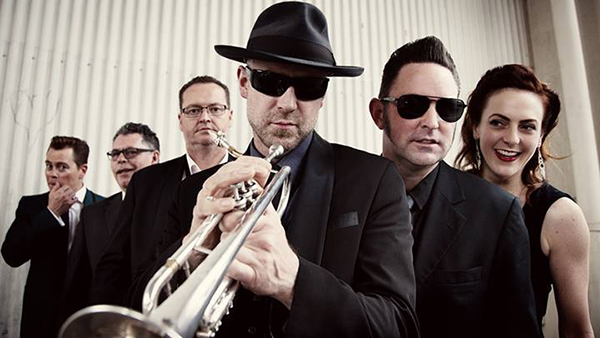 If you haven’t been to the Story Bridge Hotel on the first Sunday of any month – please make this a priority! Big Kitty are a 6 piece band (plus the occasional guest) that will knock your socks off with music from a bygone era. The musical talent is incredible and the atmosphere they create is addictive and good for the soul.

We met not long before this shoot (above) for the band, when The Eves Family visited our studio for a local school fundraiser (photos below). They were a bit worse for wear after a big night the night before – although you wouldn’t know it looking at the photos!

Thank you so much Anna and Matt for all of your support over the years! You are inspiring as individuals, as a couple, as parents and as incredible musicians. Hope to see you at the SBH next month! X 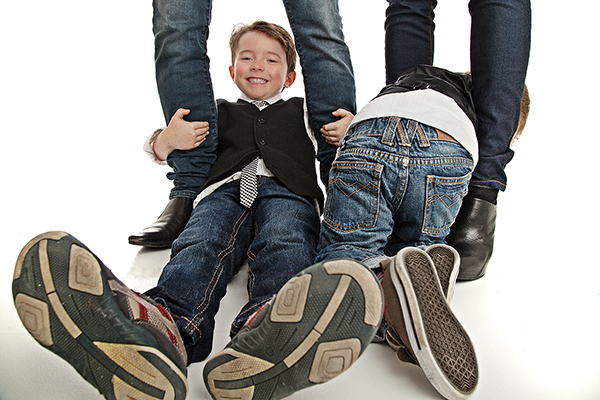 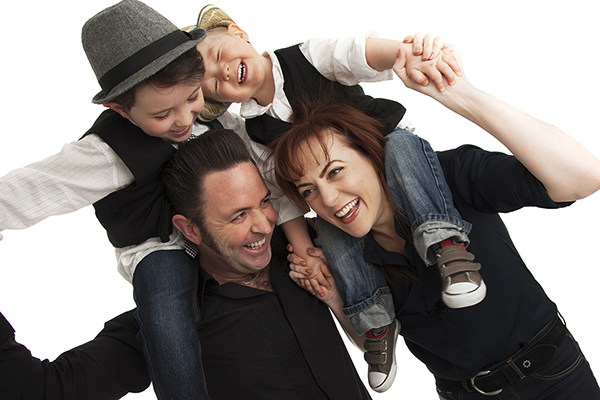 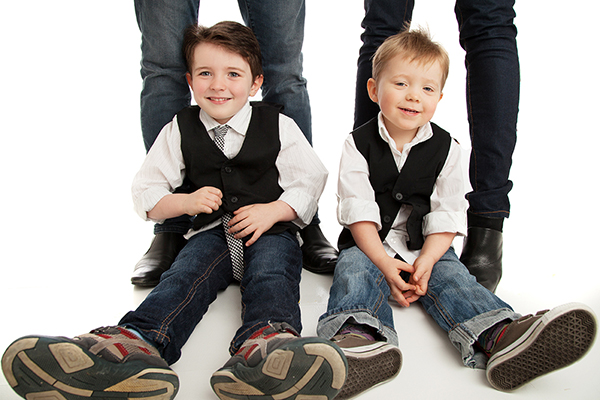