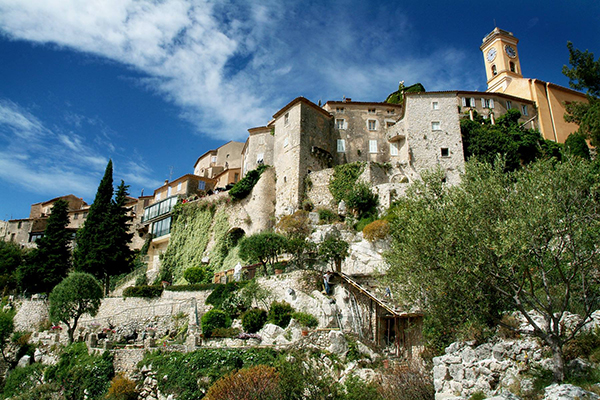 OK, so what would your ultimate dream job be? How about being paid to travel to the most beautiful and interesting places on the planet? I LOVE the studio and feel like I’m already living the dream – however – I’m not going to lie – I still fantasise about being a travel photographer! Growing up, one ambition of mine was to be a photographer for National Geographic. (Another was to make kitten and puppy calendars… anyway, I digress…)  My dream is to still, one day, pack up, hit the road (with my husband and future children – all going to plan!)… and take a travelling, photographic adventure. This edition is dedicated to travel photography and we hope to inspire you to pack the camera these school holidays and no matter where you are going, have a photography travel adventure of your own! 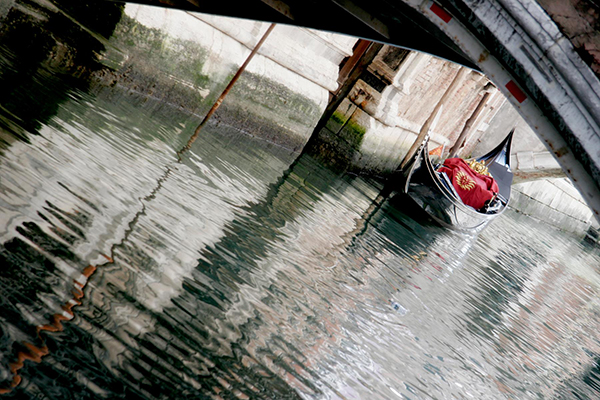 Always have a camera with you – especially on holidays. You never know when that magic moment is going to happen in front of your eyes and you want to be prepared.

Don’t be afraid to approach people and ask for their photograph. I had an amazing experience in Morocco with some incredible characters who were only too happy to shine their best toothless grins at the camera! (see final photo in this blog)…

Always be very careful and conscious of different cultures and traditions. Be respectful and aware when your camera should not be used.

Immerse yourself in the environment. Try and pinpoint what it is that makes the place unique and capture that magic. 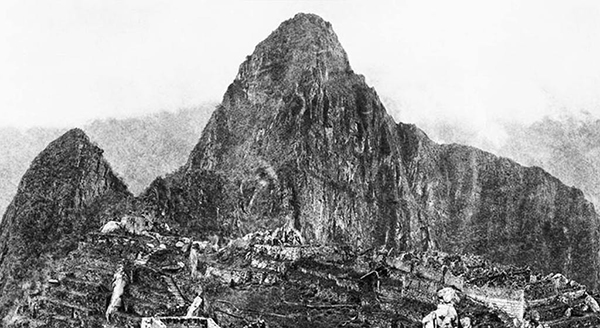 “A photo of the Machu Picchu was the first archaeology photo ever taken.”
SOURCE
“It was in 1911 that Yale University professor and explorer Hiram Bingham ventured into the mountainous jungles of central Peru in search of an ancient Inca city.

The object of his efforts was not Machu Picchu, however. He was seeking the lost city of Vilcabamba.

He and his team hiked six days with excavation and camera equipment from the city of Cusco to the town of Aguas Calientes, where he inquired at an inn about local ruins sites. The innkeeper told Bingham about an overgrown complex at the top of the hill that towers over the town. Bingham paid the innkeeper to guide him.

Midway up the precipitous, jungle-choked hill, Bingham’s guide stopped and instructed a boy to take the American the rest of the way up. When they reached the ruins site, Bingham found himself on a ridge between two jagged peaks, surrounded by distant snowcapped mountains, 2,000 feet (610 meters) above the raging Urubamba River. The jungle had all but consumed the site, but Bingham could make out multiple stone-covered terraces and walls made of carved granite boulders that proved a city had once stood on this rugged, remote precipice.

Bingham later wrote that “Machu Picchu might prove to be the largest and most important ruin discovered in South America since the days of the Spanish conquest.” He was right.”
SOURCE 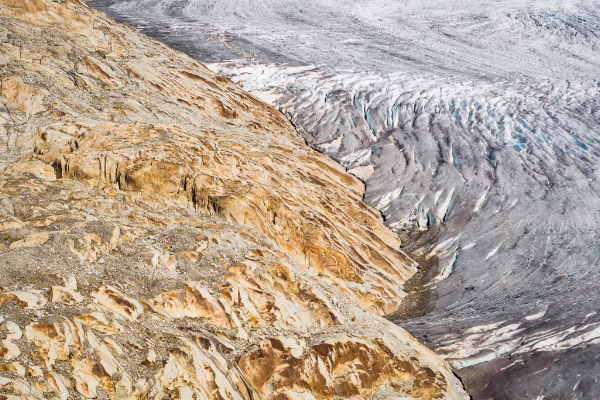 The Rhône glacier is photographed during a visit from the Alpine and Polar Environment Research Centre. Researchers are collecting microorganisms to extract their DNA for a better understanding on how they have adapted to their extreme environment. 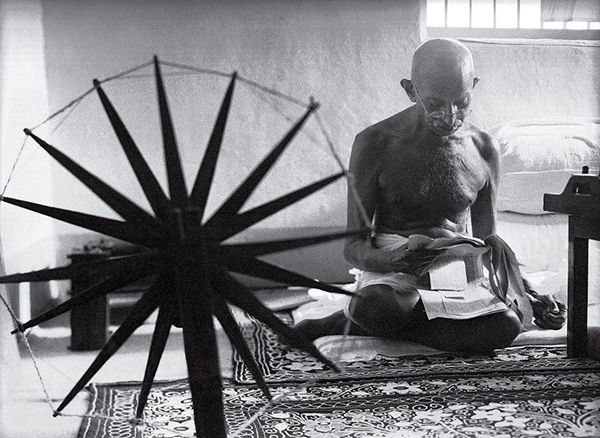 “When the British held Mohandas Gandhi prisoner at Yeravda prison in Pune, India, from 1932 to 1933, the nationalist leader made his own thread with a charkha, a portable spinning wheel. The practice evolved from a source of personal comfort during captivity into a touchstone of the campaign for independence, with Gandhi encouraging his countrymen to make their own homespun cloth instead of buying British goods. By the time Margaret Bourke-White came to Gandhi’s compound for a life article on India’s leaders, spinning was so bound up with Gandhi’s identity that his secretary, Pyarelal Nayyar, told Bourke-White that she had to learn the craft before photographing the leader. Bourke-White’s picture of Gandhi reading the news alongside his charkha never appeared in the article for which it was taken, but less than two years later life featured the photo prominently in a tribute published after Gandhi’s assassination. It soon became an indelible image, the slain civil-­disobedience crusader with his most potent symbol, and helped solidify the perception of Gandhi outside the subcontinent as a saintly man of peace.” 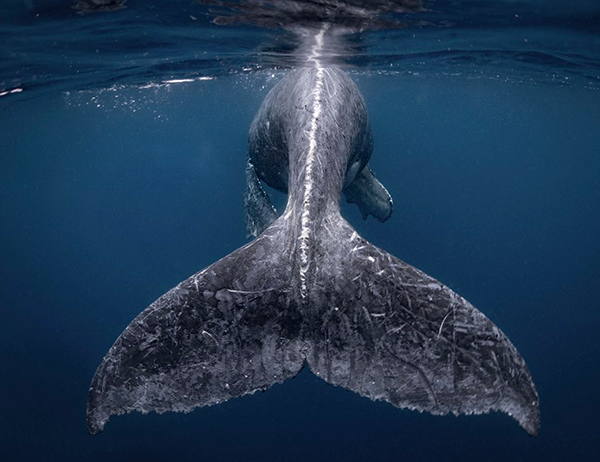 PHOTO AND CAPTION BY
REIKO TAKAHASHI

I was fortunate to have encountered a humpback whale with her calf on my first day snorkeling near Japan’s Kumejima Island. Most of the time, the calf stayed close to her mom. At one point, the calf began jumping and tapping its tail on the water near us—it was very friendly and curious. Finally, the mother, who was watching nearby, came to pick up the calf and swim away. I fell in love completely with the calf and its very energetic, large, and beautiful tail.

SEE ALL WINNERS HERE – WORTH CHECKING OUT!!! 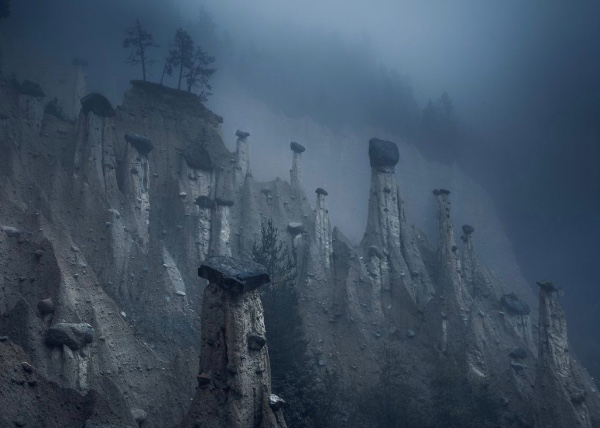 2018 National Geographic Photographer of the Year
THIRD PRIZE
MARS
PHOTO AND CAPTION BYMARCO GRASSI
These natural sand towers, capped with large stones, are known as the Earth Pyramids of Platten. They are situated in Northern Italy’s South Tyrol region. Formed centuries ago after several storms and landslides, these land formations look like a landscape from outer space and continuously change over the years and, more accurately, over seasons. This natural phenomenon is the result of continuous alternation between periods of torrential rain and drought, which have caused the erosion of the terrain and the formation of these pinnacles. As the seasons change, the temperatures move between extremes and storms affect the area, pyramids disappear over time, while new pinnacles form as well.

“The story of the world’s most iconic travel guides begins with Tony and Maureen Wheeler’s overland odyssey from London to Australia, an adventure that prompted them to publish their first guidebook – Across Asia on The Cheap – and found Lonely Planet.”

What is the most photogenic place you have visited? Are any on this list? We’ve highlighted five of our favourites below – check out the full list on this link. My only complaint is Australia doesn’t get a look in – surely we have at least one in the top 20?!!

SEE TOP 20 MOST PHOTOGENIC PLACES ON THE PLANET HERE 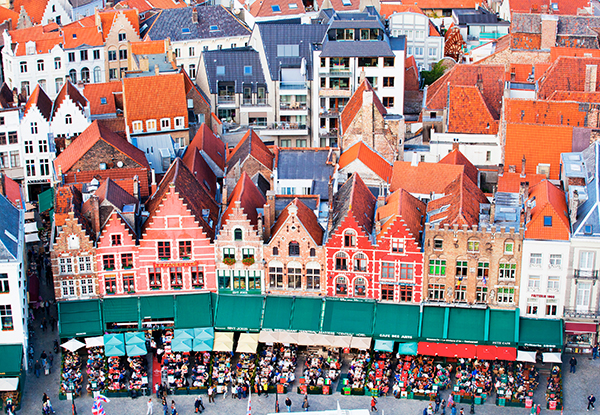 Bruges, Belgium
Bruges is a medieval masterpiece of cobbled streets, canals and romantic footbridges – and it also boasts some of Belgium’s finest chocolate shops. There are fairy-tale scenes at every turn and it's a challenge not to get distracted by the inviting window displays. When you’ve grown tired from exploring and snapping, lovely cafés and warm bars are aplenty. 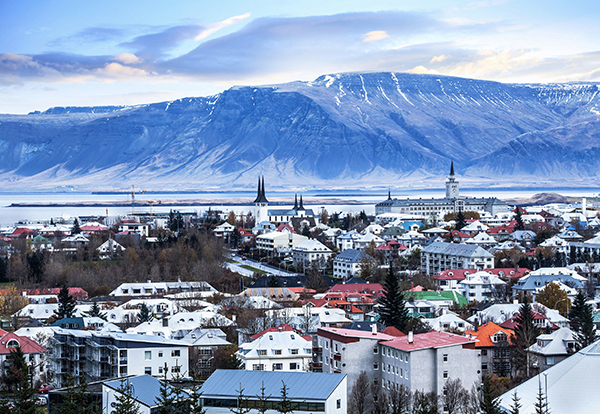 Reykjavík, Iceland Colourful corrugated buildings produce an eye-popping contrast to the surrounding backdrop of water and snow-crested peaks, while the awe-inspiring Hallgrímskirkja church stands sentry in tall, majestic glory. Ride the lift to its zenith for unmissable photo opportunities. 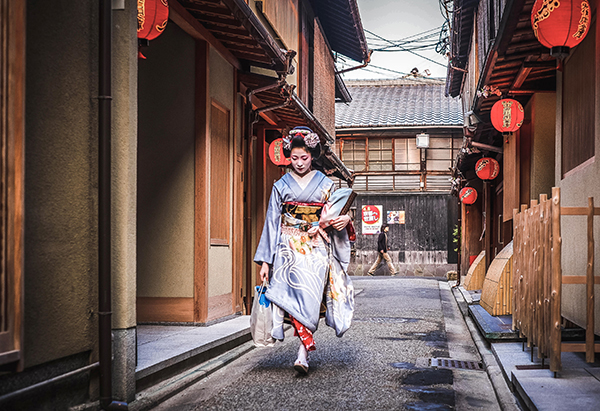 Kyoto, Japan
A city resisting the tide of modernisation that has swept through much of the country, Kyoto remains committed to maintaining old-world Japanese culture. Walk through peaceful gardens with picturesque ornamental bridges shaded by cherry trees; hear tales of Samurai clashes and discover the scars of their swords, or glimpse Geisha on their way to appointments at dusk. The streets here are imbued with history and charm: an antidote to the neon metropolis that is Tokyo. 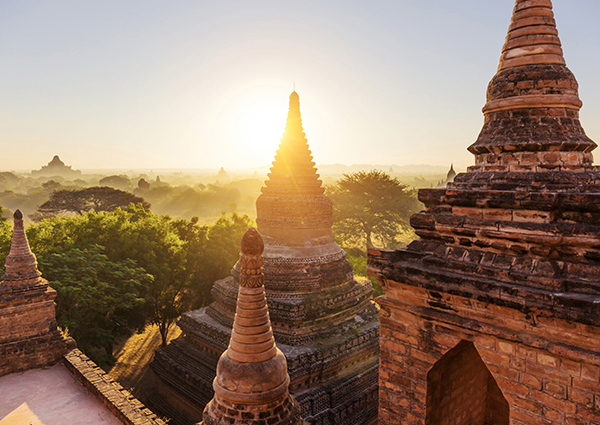 Bagan, Myanmar
This archaeological site is among the most important in the world – but it has remained well off the beaten track until recently. Centuries-old Bagan is a town of temples, which rises from the landscape in surreal and monumental beauty. The pagodas and their conical peaks are most captivating at dawn and dusk when their forms are silhouetted against the vast horizon. 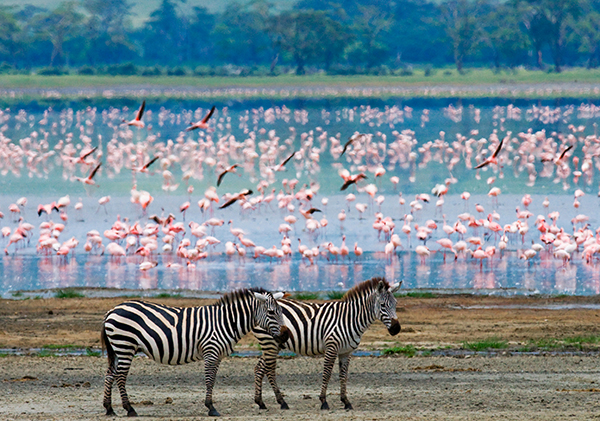 Serengeti National Park, Tanzania
The vast savannahs of the Serengeti are a photographer's dream. The wildebeest migration across the plains of Serengeti, to the plush grasslands of the Masai Mara Game Reserve in Kenya, is a particularly wonderful spectacle. Once per year, millions of animals make this journey in earth-shaking herds, on the hunt for food. 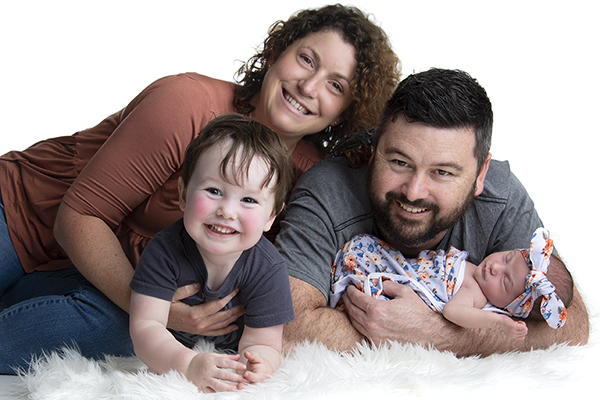 Often we are very lucky to photograph a wedding and form a bond with the couple. Then, if we are really lucky, we might get the opportunity to photograph their family as it begins and grows.
With Susan and Ben, we worked in reverse! We had the cutest shoot ever with little Jack just over a year ago, then just last week, we met his gorgeous little sister Ruby. Next year, we will be photographing Susan and Ben’s wedding and I’m pretty sure they will have the most adorable page boy and flower girl in the world!
You guys are a joy and an inspiration and I can’t wait to photograph the next chapter! 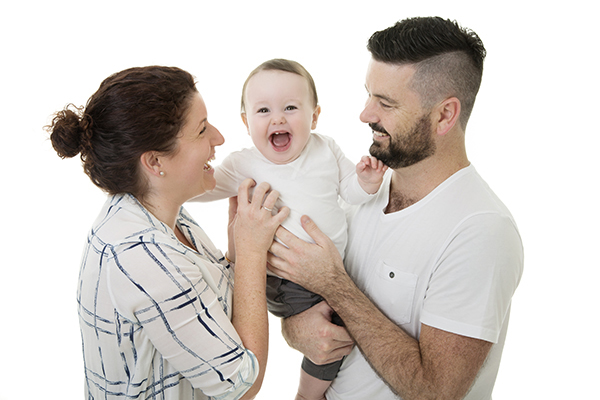 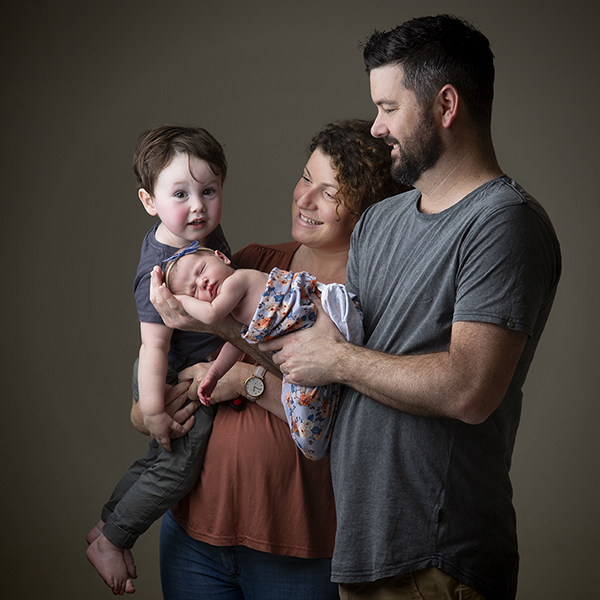 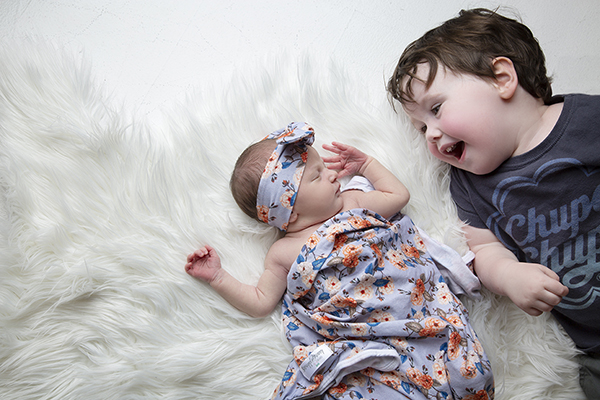 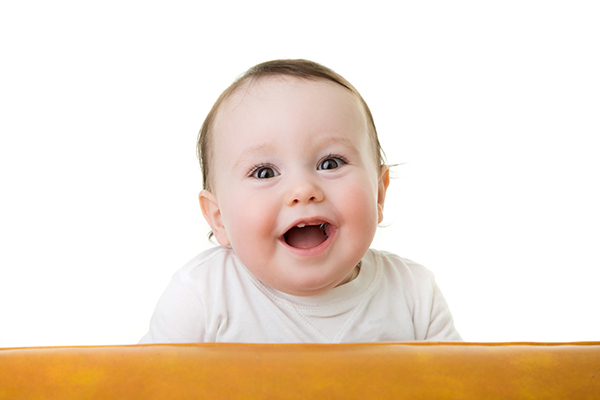 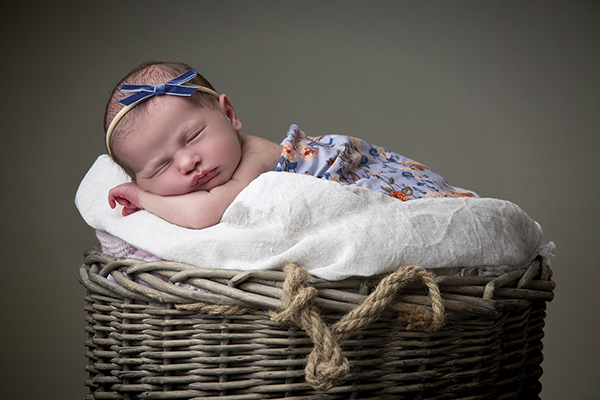 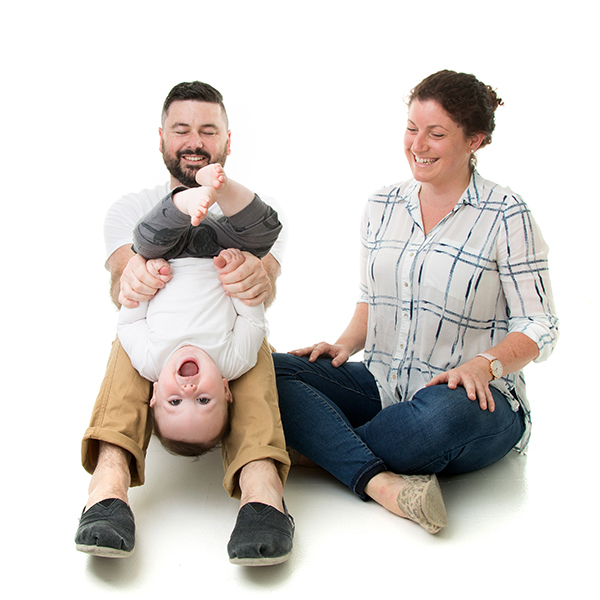 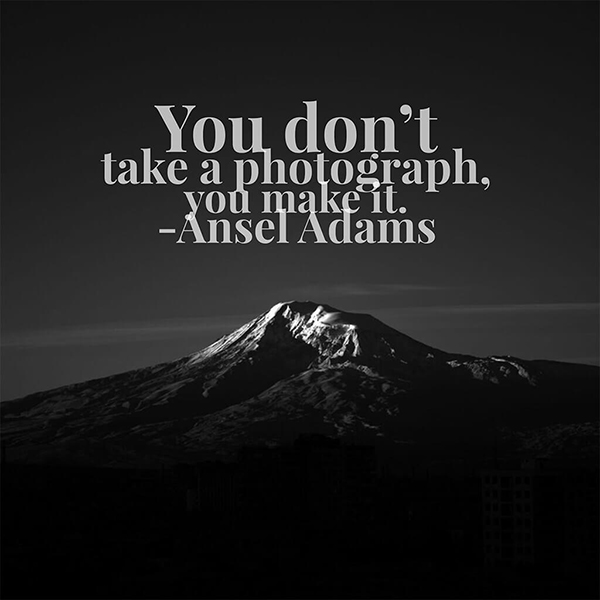