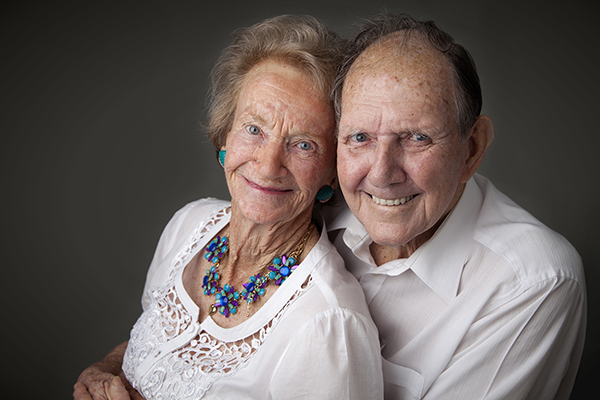 My great uncle Ned turned 90 yesterday and what better way to celebrate than with a family BBQ. Watching Ned with his wife of more than 60 years by his side, with his two daughters, his grand children and even great grandchildren (some sitting on his lap in his wheelchair!)… I was in awe of this great, humble man who I have known my whole life, who my Dad has known for his whole life. One of his grand children composed a beautiful slideshow of photographs captured throughout Ned’s life. A beautiful record of Ned from a baby, until now. While one part of me feels nostalgic and emotional that he may be coming towards the twilight of his life. The other part of me is so inspired and determined to live a full life making the most of every single moment, especially with family, just like Ned has done. Full of hope that one day I might be lucky enough to celebrate my 90th birthday surrounded by family. And with photographs to help tell the story… 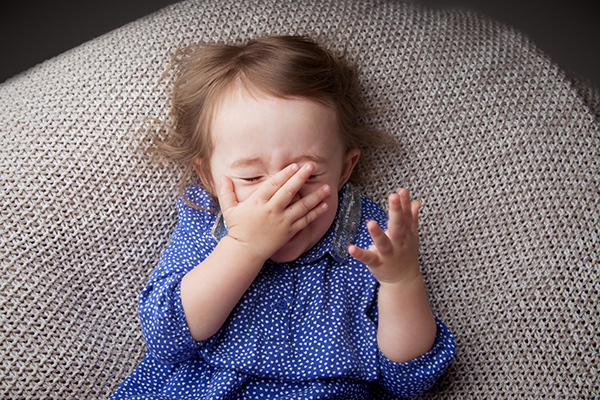 What will your 90th birthday look like? How about your children’s? Is it too soon to start compiling photos to tell your life story? Am I the only one crazy enough to be thinking about this?! Not so much a tip, more a contemplation… 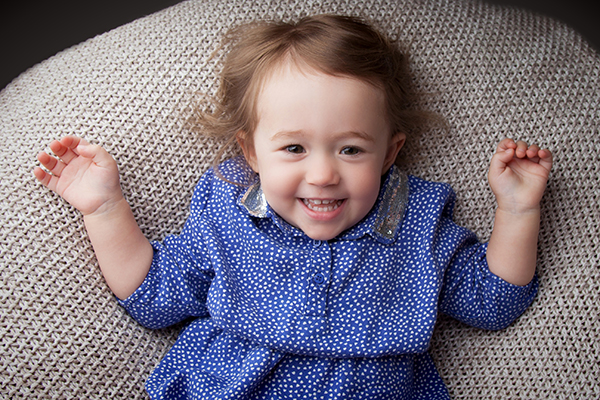 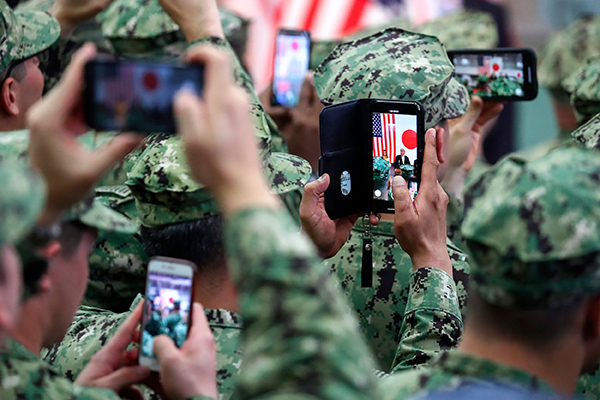 “US troops take pictures of the president, Donald Trump, and the first lady, Melania Trump, onboard the JS Kaga helicopter carrier at a military base.” 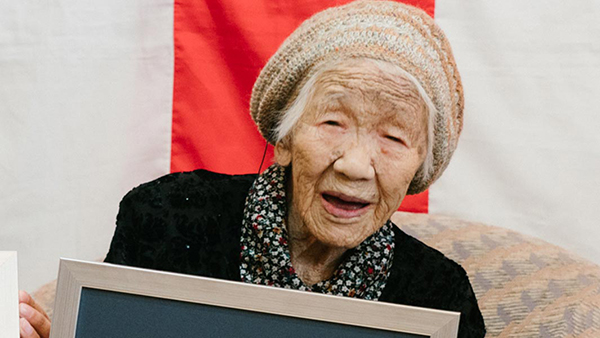 “A 116-year-old Japanese woman who still enjoys studying math and playing board games has been recognised as the world’s oldest person, the Guinness World Records said on Saturday.

Kane Tanaka was born on 2 January 1903, the year when the Wright brothers launched the first powered flight, according to Guinness.

Ms Tanaka’s recognition was celebrated at the nursing home where she lives in western Japan’s Fukuoka by city mayor Soichiro Takashima and other well-wishers.

Asked what moment she was the most happy in life, she replied: “Now.”

She married Hideo Tanaka in 1922, giving birth to four children and adopting a fifth.

Ms Tanaka normally wakes each morning at 6 am and passes the afternoons by studying mathematics and practicing calligraphy.

“One of Kane’s favourite pastimes is a game of Othello and she’s become an expert at the classic board game, often beating rest-home staff,” Guinness said.

Japan has one of the world’s highest life expectancies and has been home to several people recognised as among the oldest humans to have ever lived.

They include Jiroemon Kimura, the longest-living man on record, who died soon after his 116th birthday in June 2013.

The oldest verified person ever — Jeanne Louise Calment of France — died in 1997 at the age of 122, according to Guinness.” 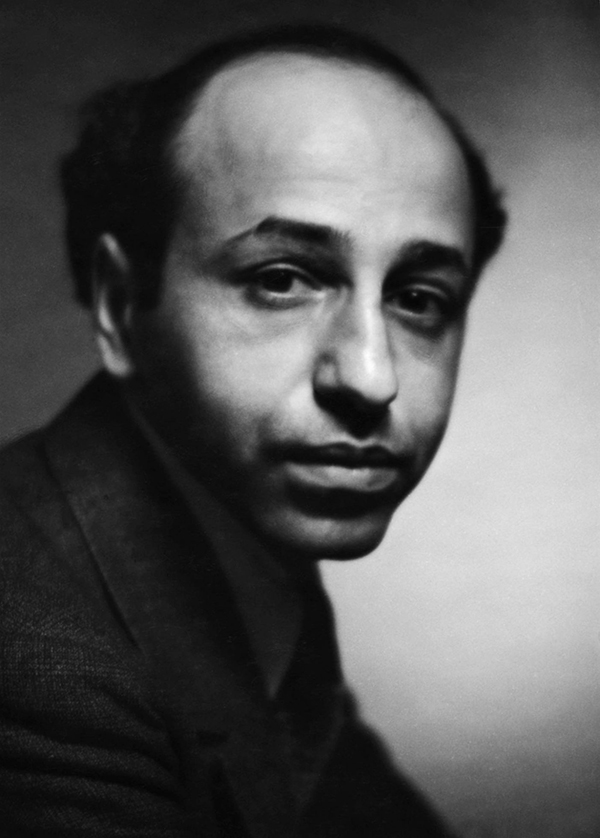 “Yousuf Karsh belongs to that small elite group of artists whose work has not only affected our perception of people and ideas but has also helped to influence the course of history. The publication of his famous photograph of Churchill on the cover of Life magazine in 1942 is generally accepted as having played a large part in diverting the attention of the American public to the plight of Britain and convincing them of our fighting spirit and determination to survive. Karsh has always had a special relationship with Britain, for following the international success accorded to him for the Churchill photograph, in 1943 he boarded a Norwegian freighter containing a cargo of explosives which was bound from Canada to Britain and stayed in London to photograph wartime leaders and intellectuals. Many of these photographs were published in the Illustrated London News and played their own part in raising the nation’s morale. Since then he has returned to Britain many times and on one of his visits in 1976 photographed the Rt Hon Margaret Thatcher. Karsh’s ability to produce the ‘definitive’ portrait of so many of the great men and women, not only Churchill but Kennedy, Khrushchev, Castro, Hemingway and others, was not achieved lightly. In addition to the long sittings he often required, he researched his sitters thoroughly before meeting them, and his careful studio lighting, which he first learned with the Ottawa Little Theatre in the 1930s, is legendary. Courage, too, was required, for who else would have dared to pull the cigar from Churchill’s mouth or persuaded Khrushchev to dress up in a large fur coat?” 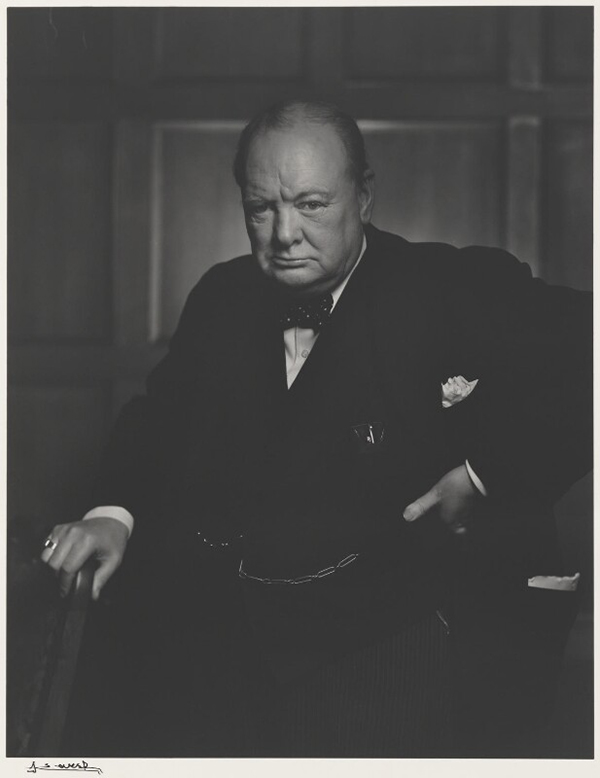 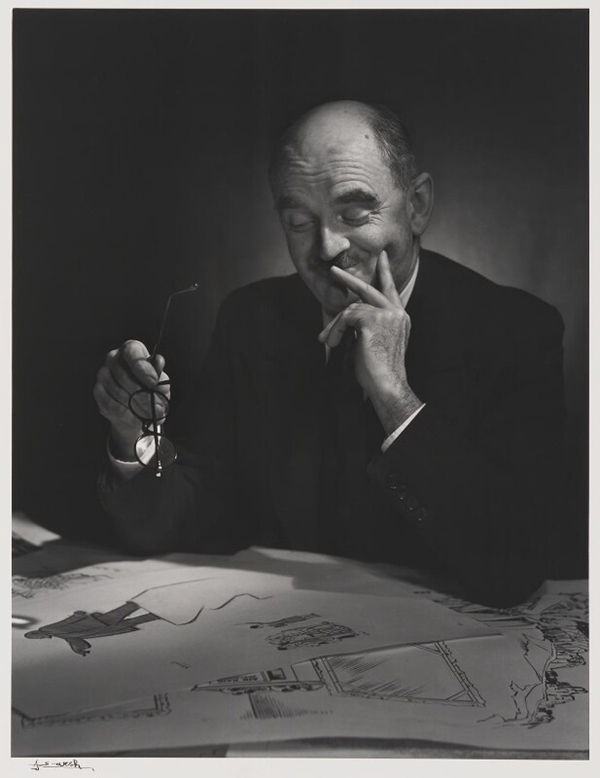 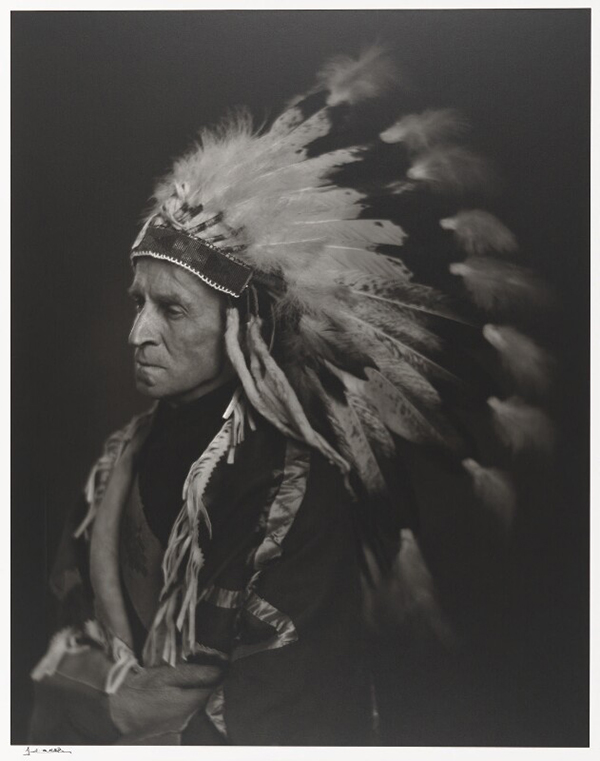 To make up for Tip 1 not being much of a tip at all… Tip 2 is in fact SEVEN tips from Yousef Karsh himself… This is a very worthwhile read, I assure you! 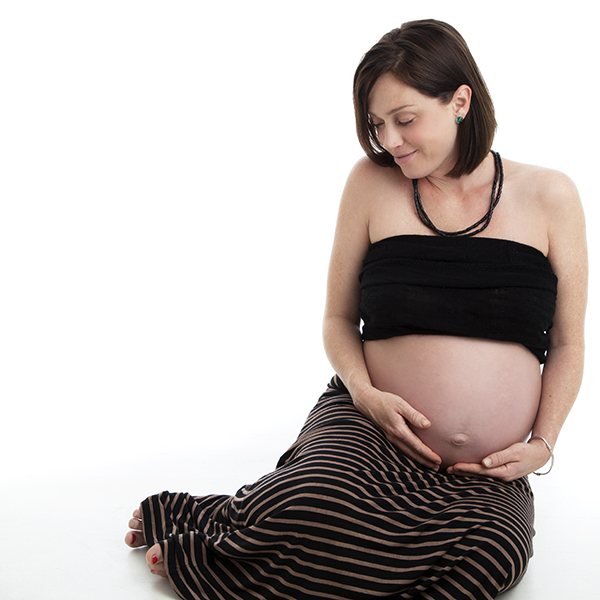 “Karsh credits his photo of Churchill for launching his career.

You know how long he’d been a photographer for before he took that photo? 15 years.

15 years of learning, experimenting, making contacts with the right people, being dedicated to his dream. And after his big break? He spent another 52 years creating those incredible images he’s famed for today.

The take home: Experiment, refine your ideas, send your stuff to people who might care. Get rejected and try again. Repeat, year after year after year. You’ll get there.” 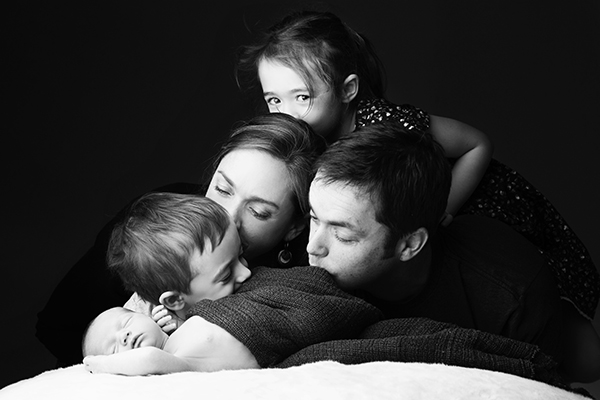 I first met Andy and Amelia when we worked together at Molly Malone’s in Townsville back in 2002 while I was studying photography at JCU. (Such a great pub!)… We’ve remained good friends over the years and even spent 6 months living in Edinburgh at the same time in 2011. An unforgettable and magical city, it almost feels like a dream. Years later, we find ourselves all back home in Brisbane and I’ve had the pleasure of watching Andy and Meals create a beautiful family, that has just this month grown again with their “final piece of the puzzle”.  They are one of the most honest, interesting and well-traveled couples I know and you can always be guaranteed of a good story and a great laugh in their company. Oriel, Marlow and now Jarrah, are all beautiful and unique souls and have definitely inherited their parents awesomeness. I couldn’t love this family more… Thank you for trusting me with your family portraits yet again and I can’t wait to see what this next chapter has in store for you! X 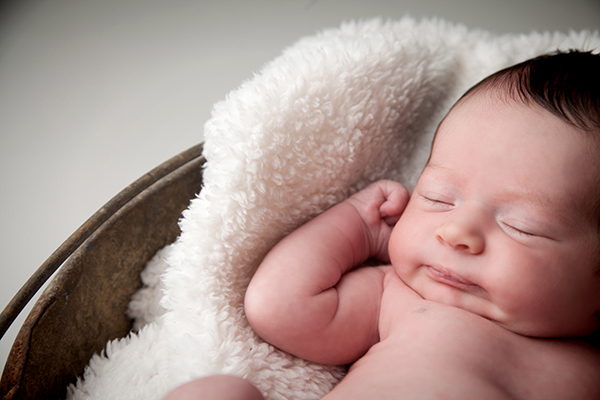 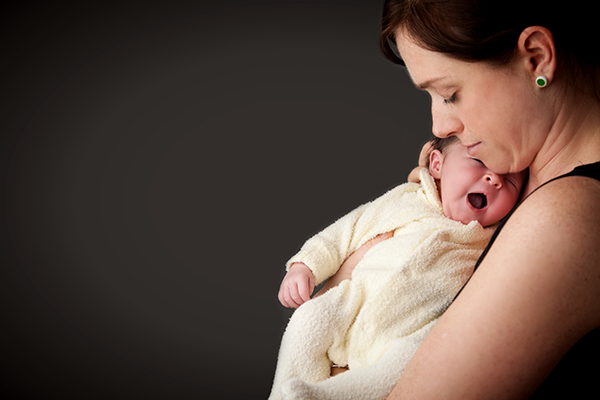 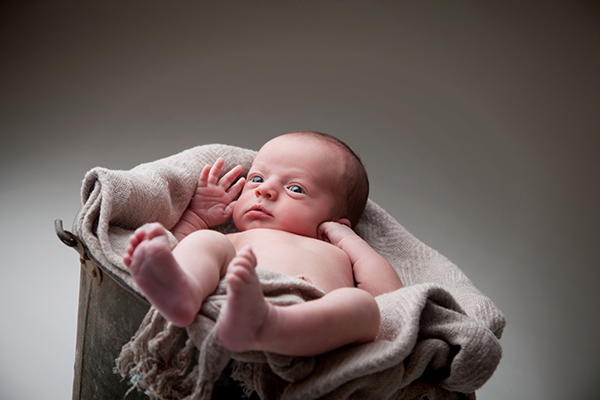 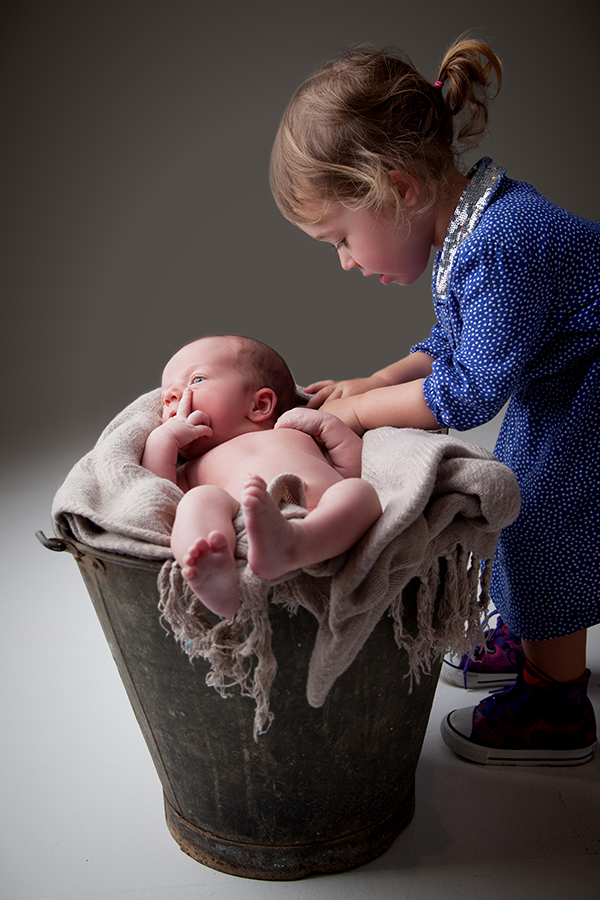 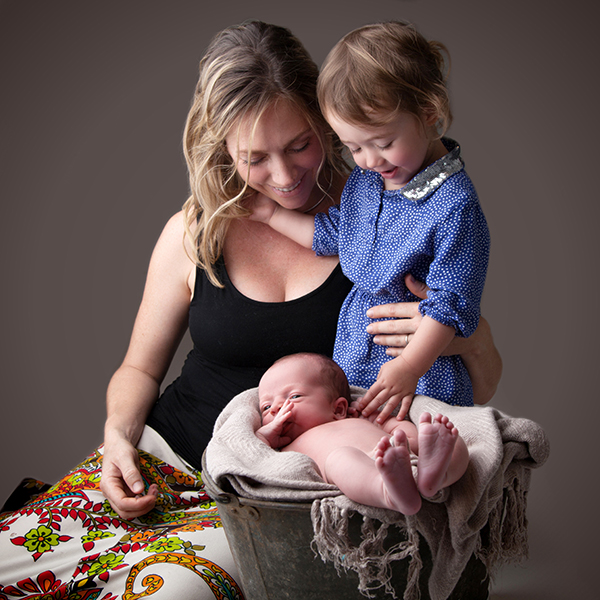 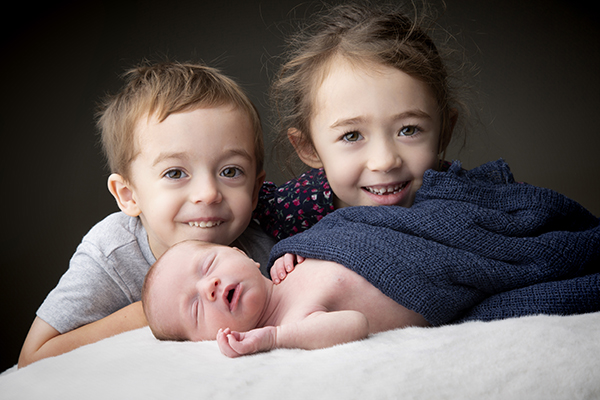 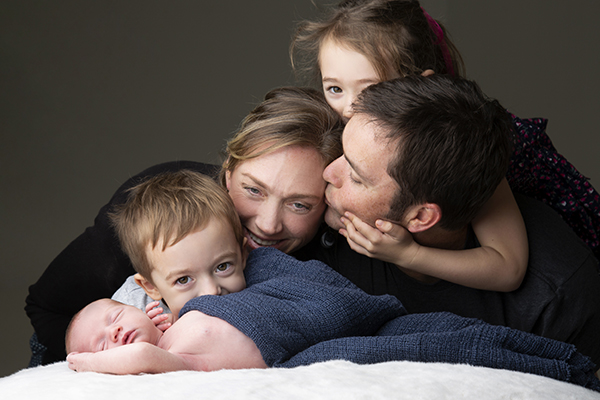 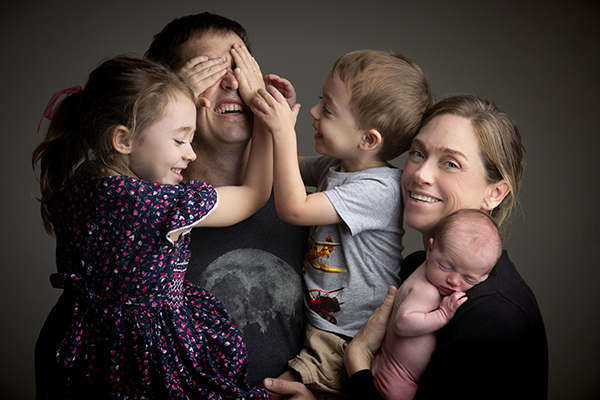 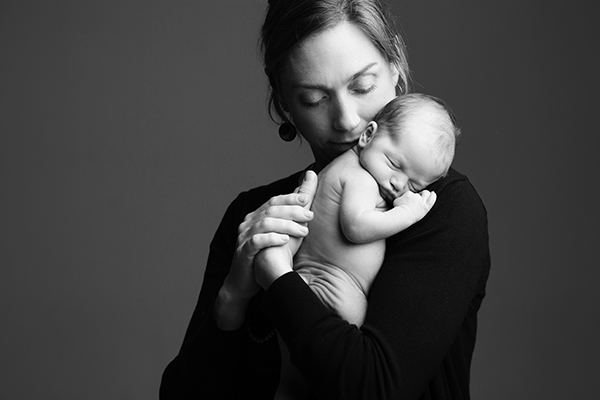 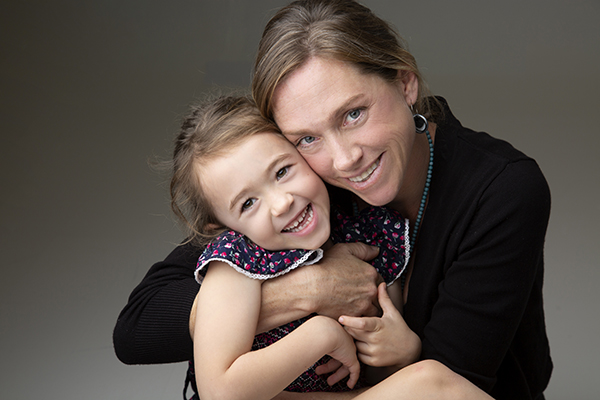