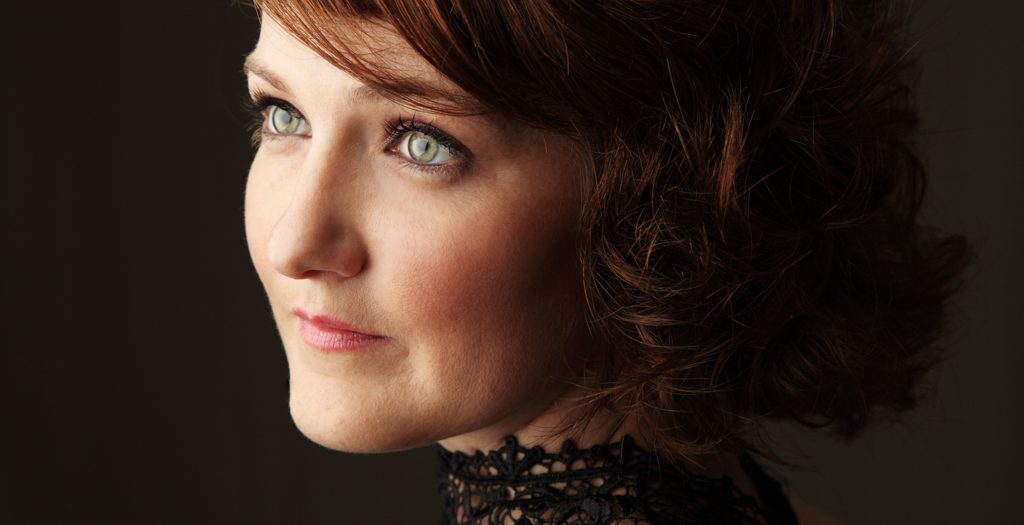 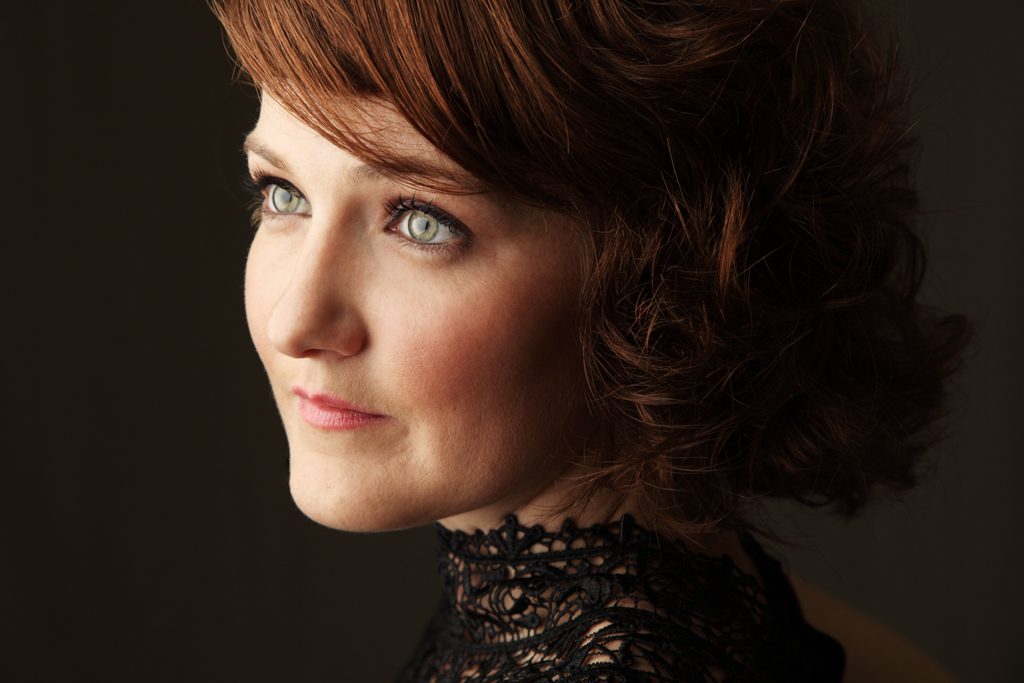 Most people that visit the studio hate having their photograph taken. There is something unnatural about standing in front of a machine, knowing that it will record exactly what you look like and this record can be kept forever. I also don’t love having my photo taken, however, that uncomfortable feeling is quashed by the more powerful feeling of awe towards this magic that is photography. I know I go on about it a lot… But seriously, how amazing is it, that a device or piece of equipment has the capacity to freeze frame a moment in time and that future generations can look back to that exact moment in your life?! This weeks workshop is about The Self Portrait. And I don’t just mean “selfies” that are captured in the billions. I mean a thoughtful, intentional portrait of your self, captured with the purpose of handing down to generations to say: This is Me. It’s time to stop fearing the dreaded camera lens. Embrace the magic and create something you can be proud of, that’s all about YOU! 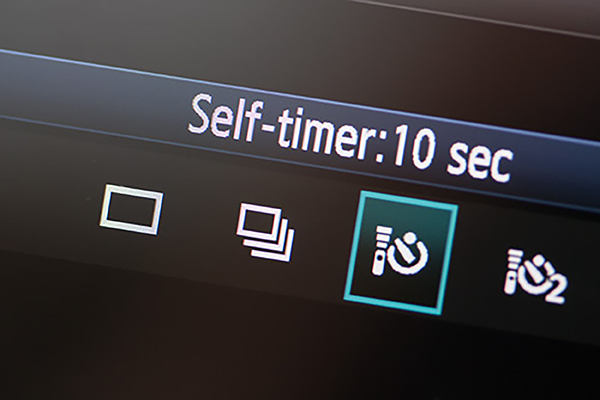 Explore your timer settings on your camera or phone. Most have the capacity to set a timer so that you can set up on a tripod or hard surface, then have time to position yourself in front of the lens. Have fun with this! I am going to do it too… Right now! Let us all this week create a Self Portrait we can be proud of. If I’m proud of mine, I will post it below! 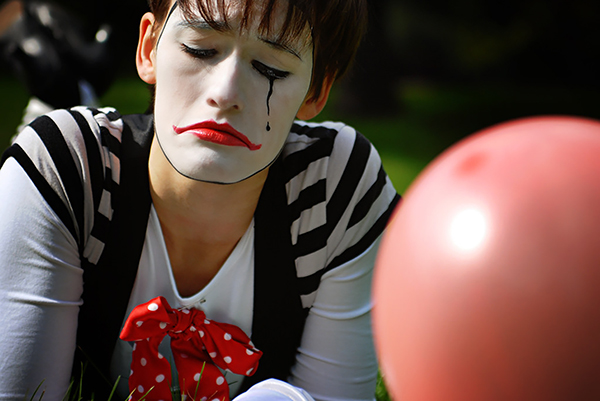 “People never smiled on the old photos because they had to stay still for hours. Over the years, many theories have popped up trying to explain why people never smiled in old photographs. The most popular ones were that people didn’t want to show their bad teeth or that people thought smiling made them look ridiculous. In fact, due to insanely long exposure times, making one shot took hours. Try to keep a smiling face for a couple of hours – not only your facial muscles will start killing you after a while – your smile will look more creepy than sincere.” (Image by Frank Gutacker). 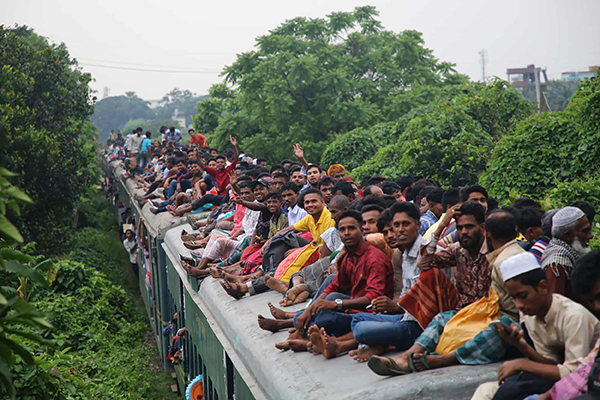 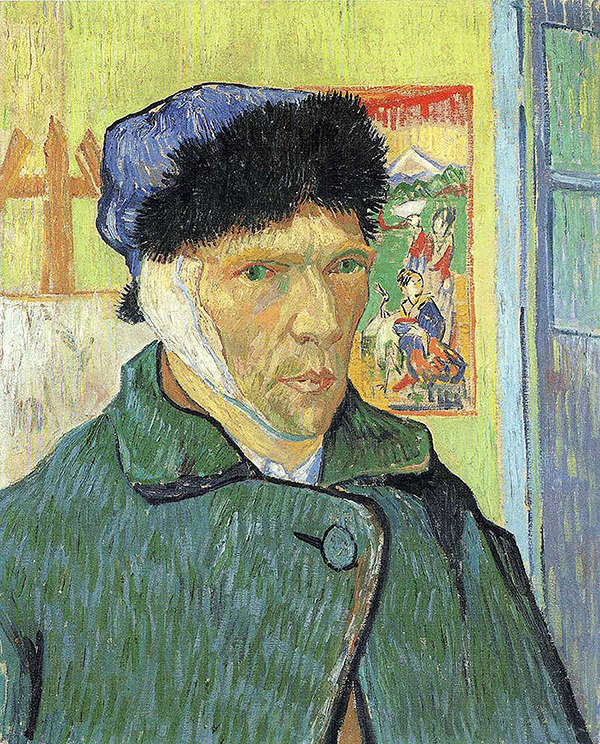 “Like many forefathers of the modern art movement, Dutch painter Vincent van Gogh dabbled in self-portraiture on numerous occasions. Though his collection of such portrayals features many iconic works, Self-Portrait with Bandaged Ear is perhaps his most famous. Painted shortly after the infamous incident in which the struggling artist cut off his own ear in 1889, this painting prominently features his bandaged wound.

Today, you can gaze upon the well-known work in London’s Courtauld Gallery.” 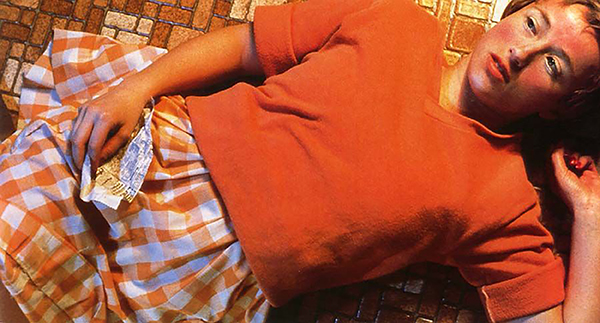 “Not long after the invention of photography came the first self-portrait, snapped in 1839 by Robert Cornelius. And as much as self-portraiture has been a hallmark of painters throughout art history, photographers have continued this grand tradition. As humans, our face and body have incredible storytelling capabilities, so it makes sense that many artists take advantage of what’s closest.

Just what is it about turning the lens on themselves that stimulates photographers? For many famous self-portrait photographers, their body is a canvas on which they can layer ideas and burrow into their inner psyche. For others, it’s a commentary on society, with the work picking apart familial roles and gender identity. This genre of photography can also be cathartic, a visual expression of inner emotions or a photographic diary.

In this age of the selfie, it’s easy to think “isn’t a self-portrait the same thing as a selfie?” Not exactly. Artistic self-portraits are carefully composed photographs where the photographer, having full control of his or her body, is able to push their artistic expression to new heights. Photographer Deana Lawson, who takes a self-portrait at least once a year, views the practice as “an occasion for the artist to construct her representation through her own medium, be it a camera or a paintbrush or what have you. It’s an opportunity to declare who you are visually and who you aspire to be.”

This idea of representing oneself visually reveals itself constantly. Depending on the photographer, this can be a raw, emotional self-portrait or a playful, charming portrait that shows a character. The more casual selfie is often seen as different by its intent. Not as cultivated as a self-portrait, quickly snapped selfies are meant to be seen and consumed as quickly as they are taken. Conversely, many self-portrait photographers carry out longterm projects that can only be appreciated when seen as a whole. Others, like Vivian Maier, keep their work completely hidden until long after they’ve passed.”

These famous self-portrait photographers have created art in their own images, immortalizing themselves in the process… (PLEASE CLICK THIS LINK TO SEE FULL LIST).

“No list of self-portrait photography would be complete without Cindy Sherman. Working in photography since the late-1970s, she acts as a chameleon in her own work, disguising herself as an ever changing range of characters. Her work has made her an influential leader in contemporary art, and her photograph Untitled #96 set a record at auction in 2011. It was sold at Christie’s for $3.89 million, making it the most expensive photograph ever sold at the time.

Sherman’s work unfolds in series, which was left open to interpretation by the viewer. She’s known for her meticulous detail in makeup and costumes, as well as her acting ability, which allow her to morph into different figures. Interesting, Sherman doesn’t view her work as self-portraiture. In explaining her creative process she’s said, “Everyone thinks these are self-portraits but they aren’t meant to be. I just use myself as a model because I know I can push myself to extremes, make each shot as ugly or goofy or silly as possible.” 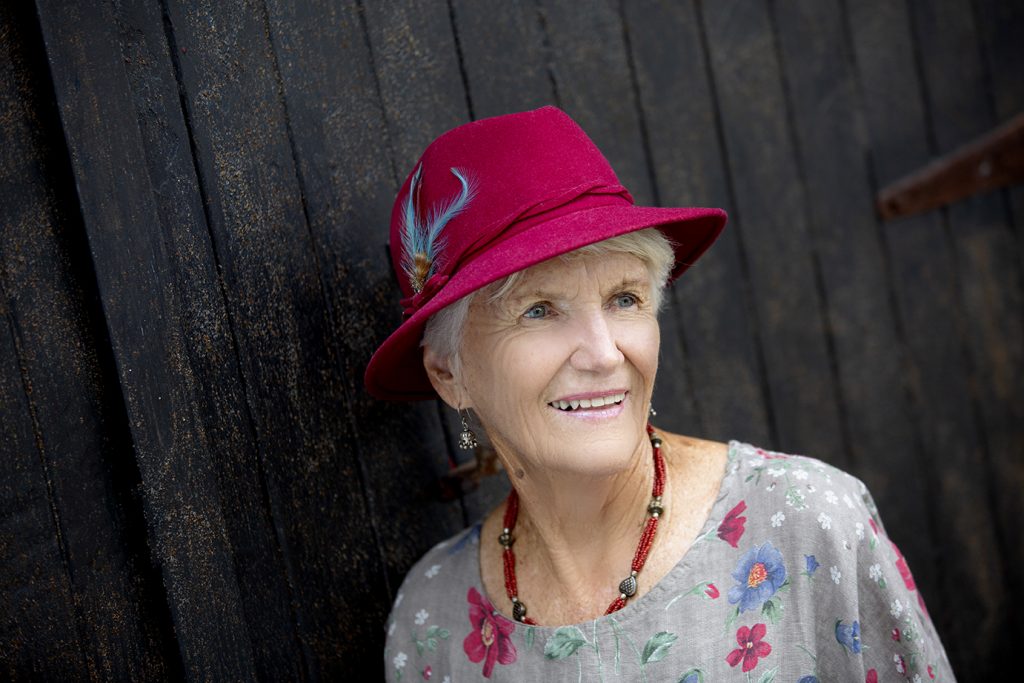 Don’t just set the camera on a tripod and pose in front of the camera for your Self Portrait. Think first about what you wish to portray. How will you convey this mood or character? Are you happy – go – lucky? Are you more pensive, introverted and thoughtful? Use lighting, colours and expression to convey mood. Use props or items to tell your story… Are you a book worm? A musician? A sports fanatic? Can you incorporate these creatively in your self portrait? Once you have conceived your idea, find the right setting and most importantly, the right light, then go for gold!! 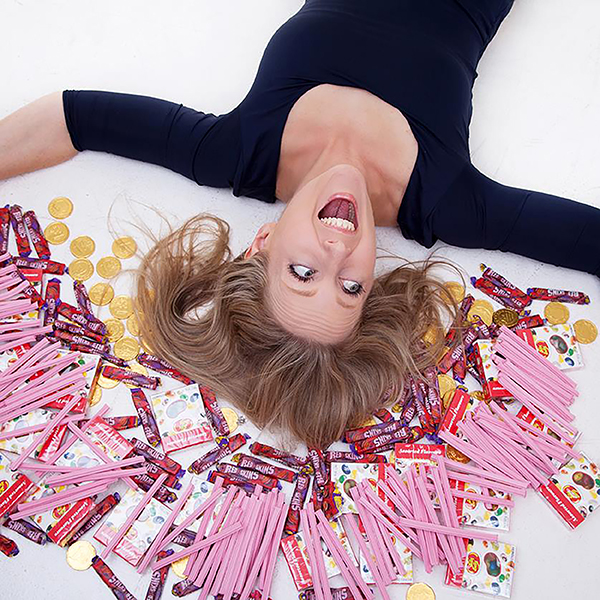 Now you have yourself a unique, thoughtful and charismatic Self Portrait that you can be proud of and that tells the story of YOU. Don’t let it get lost in your phone or computer amongst the other thousands of snaps. Print this one. Even if it’s only a wallet size print (but bigger is better!). Keep it somewhere safe. Give it as a gift. Frame it on your wall! Treasure this little piece of magic and know that you have recorded a moment in time. Your piece of history.

Our story of the week is about the Bulimba State School. In August 2012 (nearly 7 years ago – yes our birthday is coming up – more on this in the coming weeks!)… I was very fortunate to secure a lease on a little blue house on Riding Road, just across from the school. I made my first A-Frame, put it on the footpath and slowly but surely started to take bookings. At the suggestion of one amazing Mum (thanks Sonya!), I also ran a fundraiser for the school that in turn introduced HP to about 30 Bulimba Families. This, I still believe, was really the start of HP and what kicked things into motion. I owe a lot to the school community for taking me under their wing and being so supportive of a brand new local business. I remember clearly the day that I was told the owners wanted to move back into their house on Riding Road and that my lease would have to be revoked early (only 3 months in to a 12 month lease). I was standing on a balcony at the Bulimba State School with every student from prep to grade 7 in front, getting ready to be photographed (this is now on display in the School Hall)… they all cheered for me once we captured the photo and of course I cried!  Little did I know, that this was the opening for me to move into the Little Shop on the Corner, where HP then flourished over the next 5 years.  I don’t think it will matter where we base our business, we will always remember our roots and be grateful for the support of BSS. Not to mention we LOVE the opportunity to photograph the Trivia Night every year. Definitely the best themed party we have ever seen! Thanks Bulimba!! Here’s to the next 7!! X 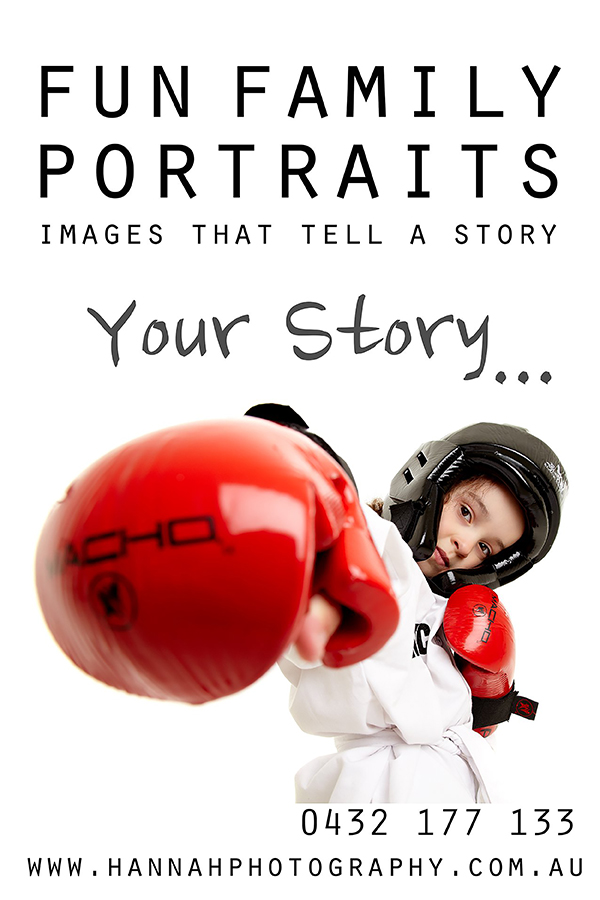 This was our first A-Frame seen on Riding Road! The main photo in this blog is my beautiful sister Leah – shout out! And the photo ahead of Tip 2 is my beautiful great-aunt Eileen. You may have realised that my (lolly-obsessed) “Self Portrait” was actually captured a few years ago. I have to confess that I wasn’t able to create a portrait that I was happy with in the short time of creating this blog. It leads to an unofficial “Tip 4″… You must be in the right mood, have a clear concept and adequate time allocated to create a Self Portrait worth treasuring forever!