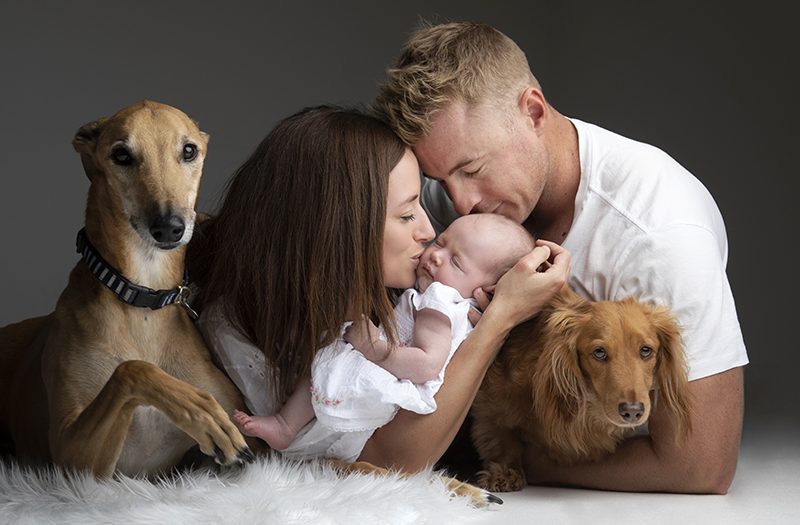 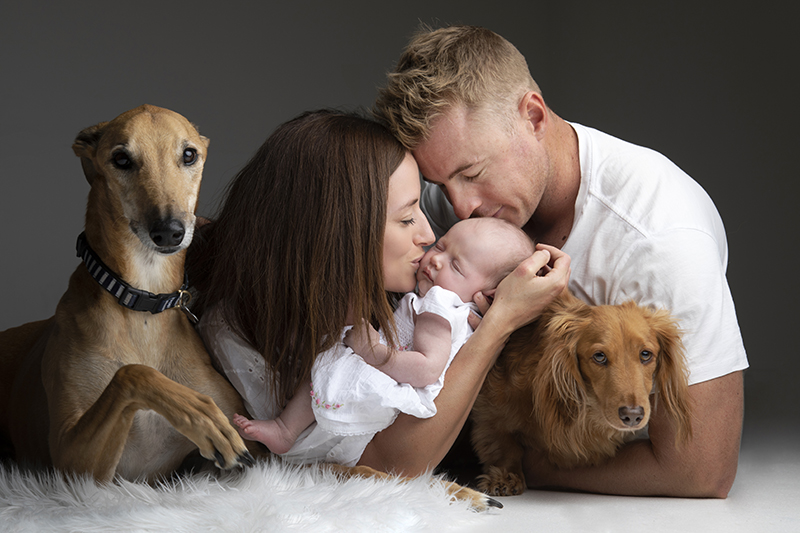 Hello out there! Welcome back to our weekly blog where we celebrate and admire the wonderful world of photography! We love to explore stories and images from around the globe that keep us engaged and inspired by this wonderful medium and hopefully it inspires you too! We also have an exciting story of the week to share with you that entails a big development for Hannah Photography. Thank you for being a part of our community and we hope you are all enjoying some semblance of normalcy with schools and businesses reopening – YAY!!! 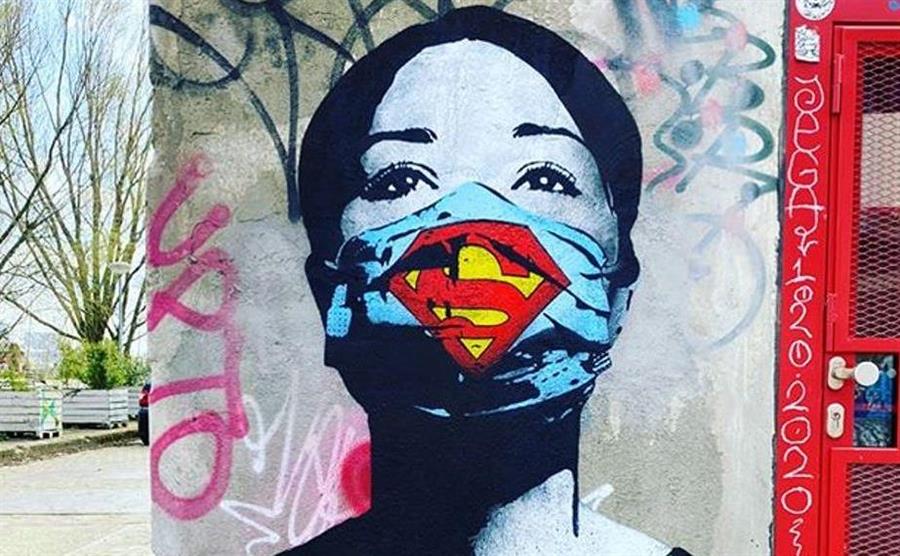 An ode to healthcare professionals around the world by @iamfake on Instagram.

“There is no aspect of life the COVID-19 pandemic has not affected – and many of us are finding that cultural events and art online are lacking something vibrant and “real”.

One notable exception is street artists and graffiti artists, who have been busy incorporating COVID-19 into their work. The most prominent of these pieces is Banksy’s homage to the NHS and nurses everywhere called “Game Changer”. It hangs in Southampton Hospital, and will eventually be auctioned off for the NHS.

Street artists all over the world have ventured out into quiet streets and left behind vibrant, thought-provoking, amusing commentary on the crisis. Many echo the same message as Banksy, that it’s the nurses and front-line healthcare workers that are the real heroes in this crisis. This can be seen in the new work of Amsterdam-based street artist FAKE, whose mural “Super Nurse!” in the lead image shows a nurse wearing a face mask emblazoned with the Superman logo.

Others are more critical of politicians; or comically cynical about panic buying, social isolation and the pandemic itself. Below is Bristol-based street artist John D’oh’s take on the idiotic and dangerous statement US President Trump made about injecting disinfectant as a potential solution to a COVID-19 infection.” 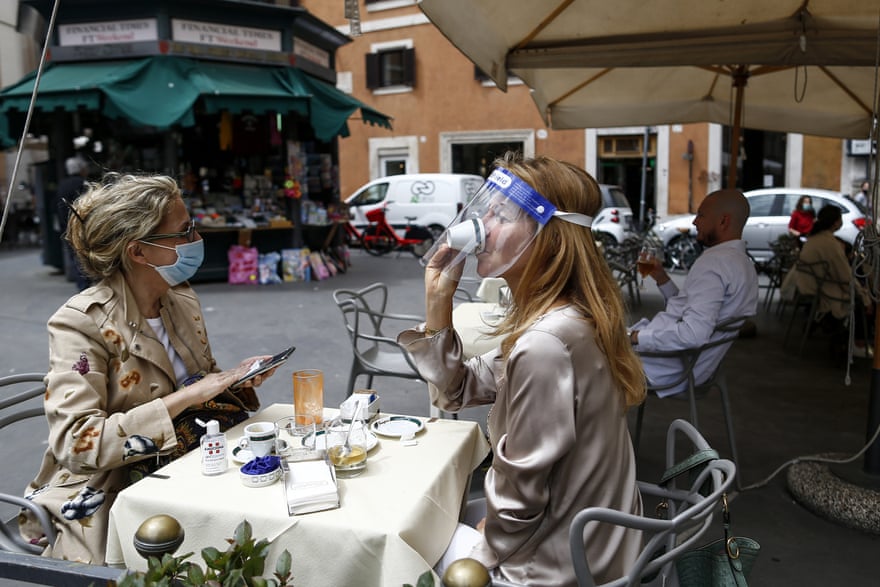 A woman sips a cup of coffee from under her facial protection at a cafe as Italy lifted restrictions after a two-month lockdown. 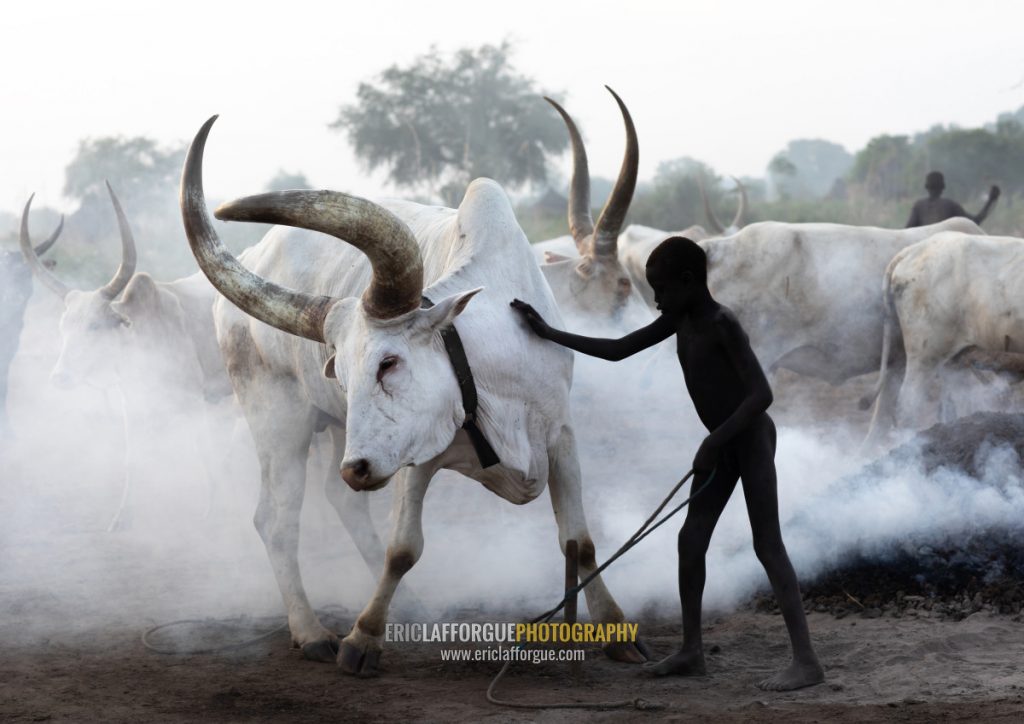 “Born in France, Eric Lafforgue started his career in medias & mobile applications. In 2006, he began publishing his photos on the Internet that will shortly be noticed by magazines worldwide. He works with National Geographic, Der Spiegel, Le Monde, Lonely Planet, Times, Grands Reportages…

His work on Papua New Guinea tribes was exhibited at the famous festival “VISA Pour l’Image in Perpignan”, France.

With a humanist approach, Eric Lafforgue offers in his pictures and travel stories a positive and benevolent gaze of the countries he visits, often unknown by the public.” 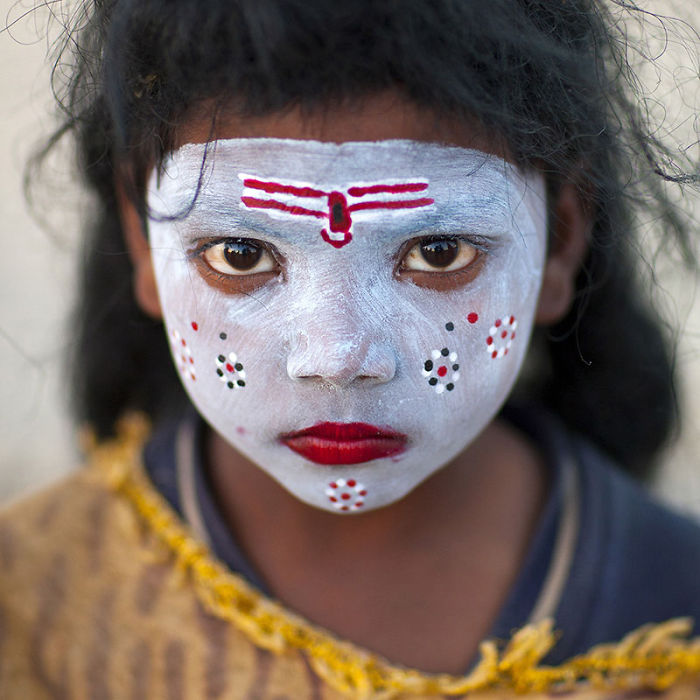 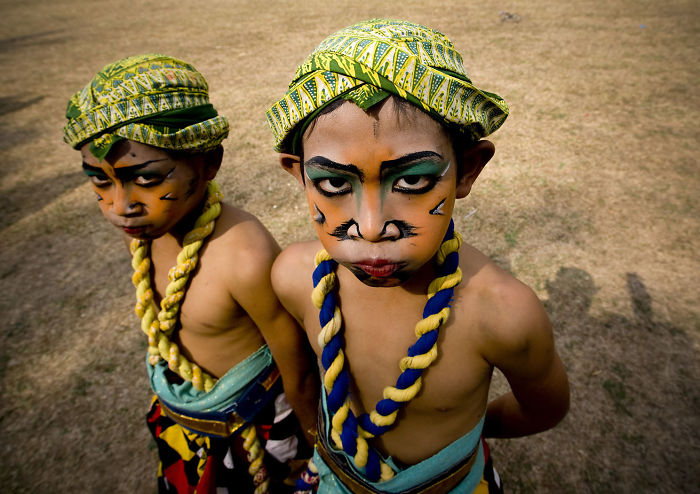 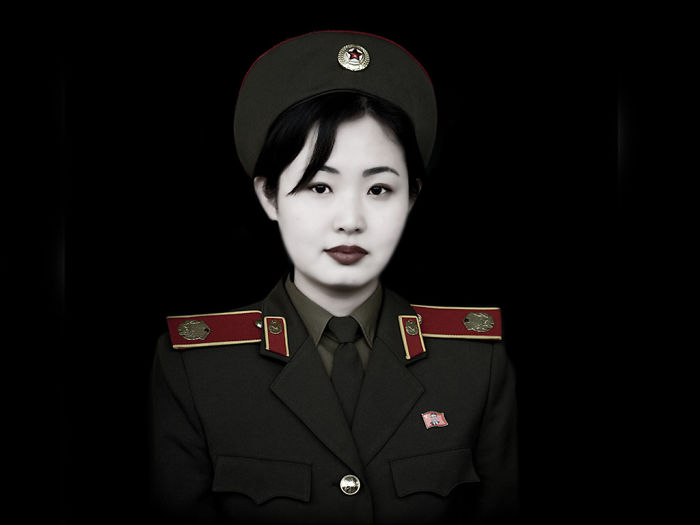 “FROM ALMOST THE MOMENT they broke up, 50 years ago this spring, the Beatles were rumored to be reuniting. In one tumultuous decade they had literally risen from obscurity, ascending from a Liverpool cellar to unprecedented heights of fame, making themselves indispensable to millions. And so, from the very beginning of the end, the world was trying to put the Beatles back together.

“My answer to the question, ‘Will the Beatles get together again?’ is no,” Paul McCartney wrote to the British music journal Melody Maker in the summer of 1970, mere months after news of their breakup had become official. The letter was an effort, in McCartney’s words, “to put out of its misery the limping dog of a news story which has been dragging itself across your pages.”

What a relief, then, that the Beatles never really left us, and have never ceased to be. Meet the Beatles! was the second Beatles album released in the United States, but it’s also what every generation has managed to do during the last half century: discover anew the music and the mythology of the Beatles. In 2018, McCartney’s album Egypt Station reached No. 1 on the Billboard Hot 200. In 2019, Beatles songs were streamed nearly 2 billion times on Spotify. Why? The Beatles were the big bang that created much of modern youth culture—popular music, concerts, fashion, film, merchandising. “For me, and many others, the Beatles came as a welcome breath of fresh air,” said Stephen Hawking in 1992, speaking on the BBC when choosing Please Please Me as one of his Desert Island Discs. The physicist knew that a collapsing star creates a black hole. And while there were no greater stars than the Beatles, their collapse didn’t leave a void from which no light can escape. The Beatles defied physics and remain luminous. John Lennon sang it, five years after the Beatles broke up: “We all shine on, like the moon and the stars and the sun.” On and on, on and on.” 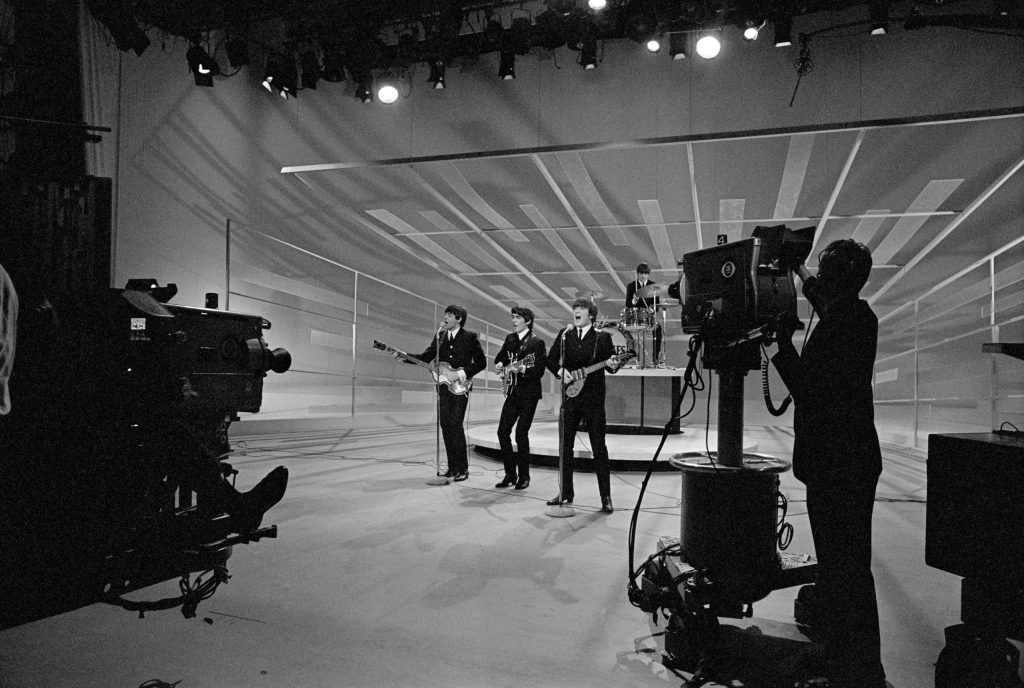 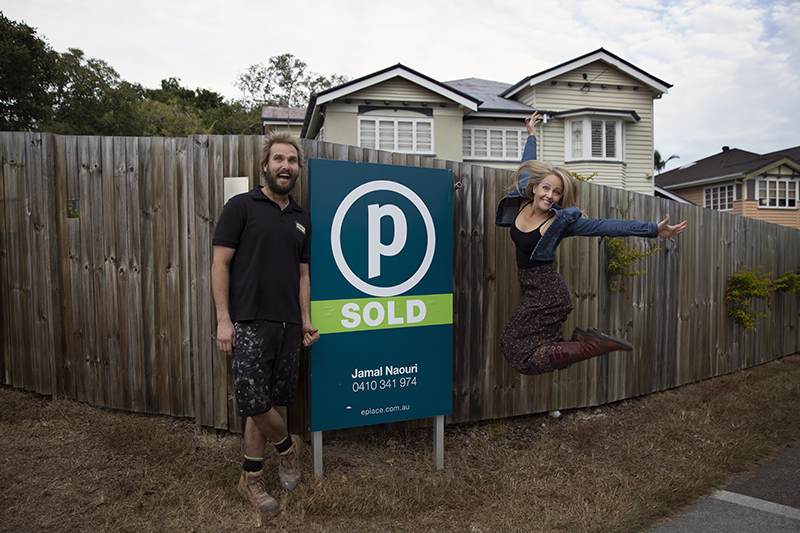 From the Blue House on Riding Road, to our Little Shop on the Corner in Norman Park, to our Quirky Mechanic Shed in Annerley… It is with immense pleasure that we can announce HP has found its forever home in Camp Hill!

Our three year commercial lease will end here in October 2020 and we have been on the look out for the perfect next step. I had viewed this particular property on Bennetts Road in 2019 when it was much too soon for us to move, however, there was something very special about it and I hoped and dreamt that maybe one day, somehow, it could be ours.

It didn’t sell at the time and was back on the market in February this year. I convinced Nic to come and see why I was so in love with it. He agreed. Next we had to put in a bold offer and hope the sellers might accept. They did. We then had to sell our little unit at the coast to fund the deposit. It sold (and only a week before all inspections were cancelled due to coronavirus!). The next hurdle was securing a loan from the bank – all with the business and financial world crumbling down around us. Thanks to Nic working two jobs, the two of us living in a shed for nearly three years, the business showing strong numbers and a heartfelt email to the bank explaining just why and how HP would survive this unprecedented covid19 challenge – we got it.

HP now has it’s very own corner in Camp Hill and this is where we will stay until I can’t hold a camera anymore (hopefully a very long time yet!)… The move isn’t until October… So please still visit us in Annerley until then!! We will certainly miss this incredible space, however, the move provides security and freedom in the most perfect position for our studio.

We will look forward to inviting you to a big opening/birthday/launch party once we have everything set up. It still feels like a dream and I am so grateful that everything timed to perfection to allow this to happen. Dreams really do come true. 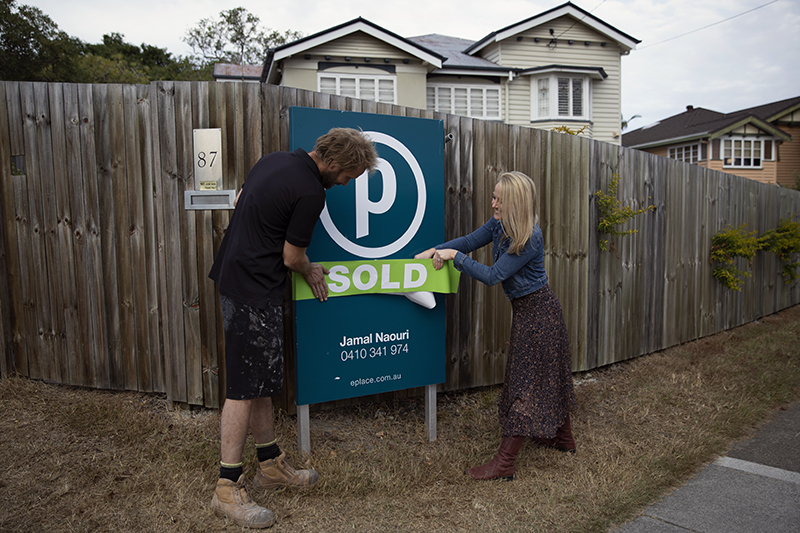 Thank you for getting this far and for reading our story! It is an exciting next step and we will keep you updated along the way. We sincerely hope to see you here in Annerley sometime in the next 5 months before our move! Bookings for Camp Hill will be available from the 17th October. We are still photographing families that have seen all three studios, and now a fourth and final. Thank you for joining us on this journey…you make it all worthwhile!

PS – A big thank you to Sophie, Josh, Florence,Robbie and Eddie for  the  cover photo this week! One of our first  photo shoots when we reopened on the weekend! SO SO GOOD TO BE BACK!! 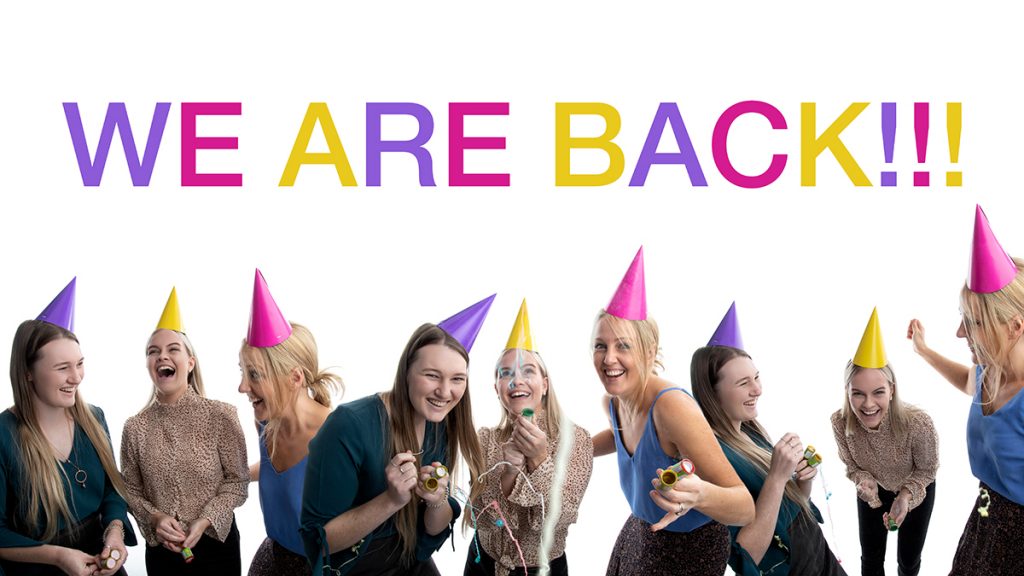