What does the future hold? Without getting too philosophical this week, we at least want to look at emerging trends in photography and technological advances for cameras. Technology has come so far in the last 20 years and the advancements are speeding up all the time. It’s overwhelming and head-spinning, but also incredibly exciting and inspiring. Let’s embrace change, development and the future! 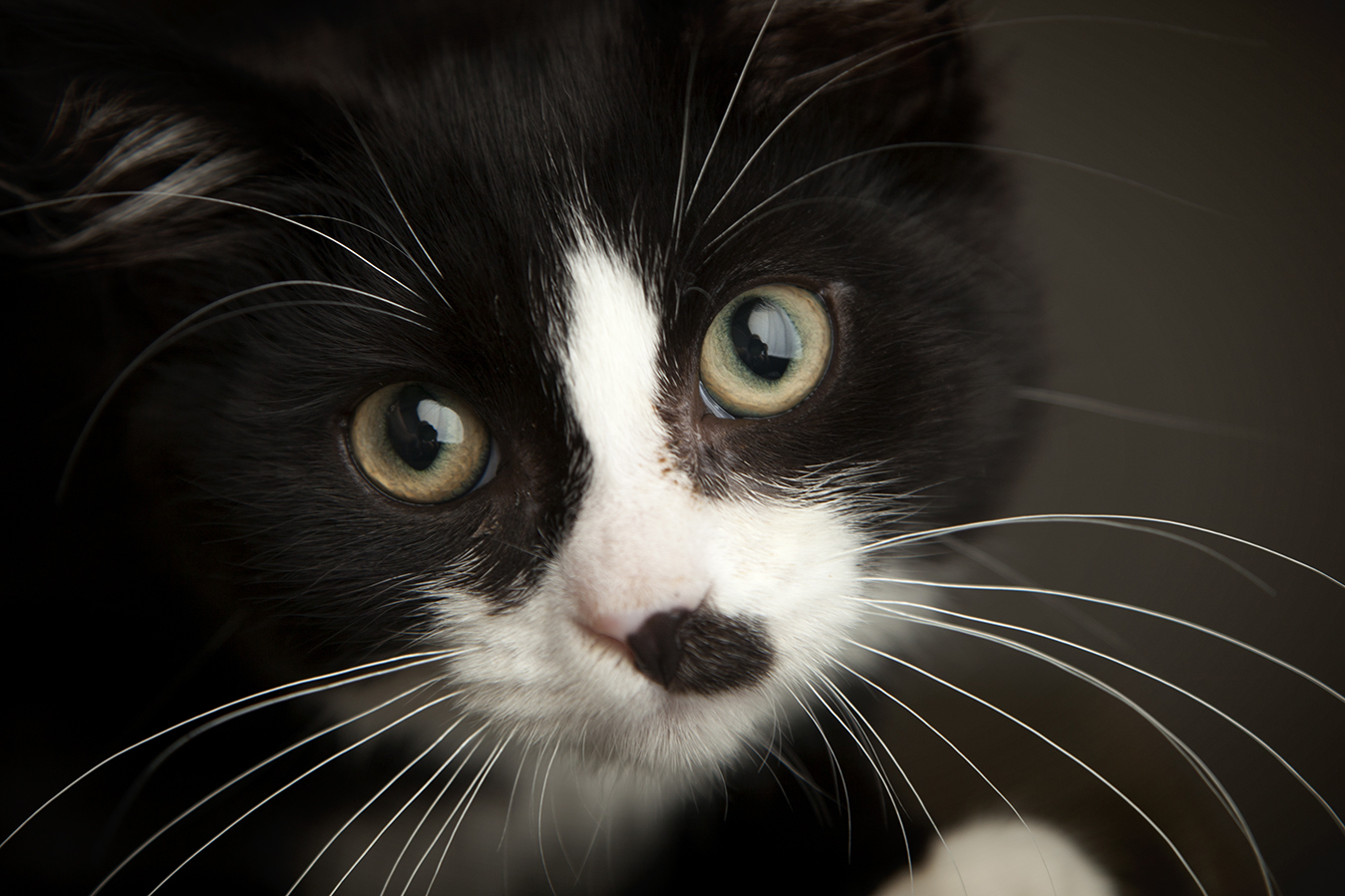 At a wedding recently, the MC invited guests to join the couple at the cake table for a photo opportunity. “Make sure you bring your camera’s he said – oh wait – I mean your phone!” The MC made a very good point and one that may seem obvious to everyone except me! When did people stop carrying cameras around? Will there be a day when we will photograph a wedding on a camera phone, rather than the incredibly heavy equipment we currently use? This may be more of a reflection than a tip – however it is worth pondering isn’t it? What is the next step for camera technology? 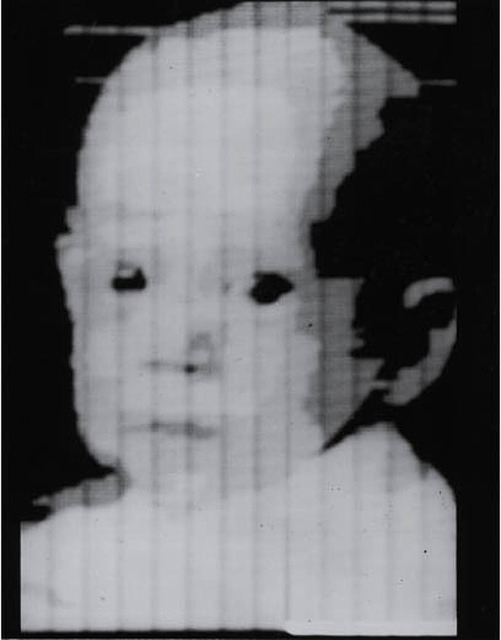 “Russell A. Kirsch developed a digital version of a wire photo drum scanner to transfer an existing image on a digital computer memory. The first photograph he scanned was that of his own son, with a resolution of only 176 x 176 pixels. It was completely black and white without any colors or gray tones. Later, a combination of multiple scans was used to acquire grayscale imagery to some degree.

As you can see, photography has gone through a multitude of phases since its inception. Recent developments focus a lot on three-dimensional representations and we are probably all curious about what comes next!” SOURCE 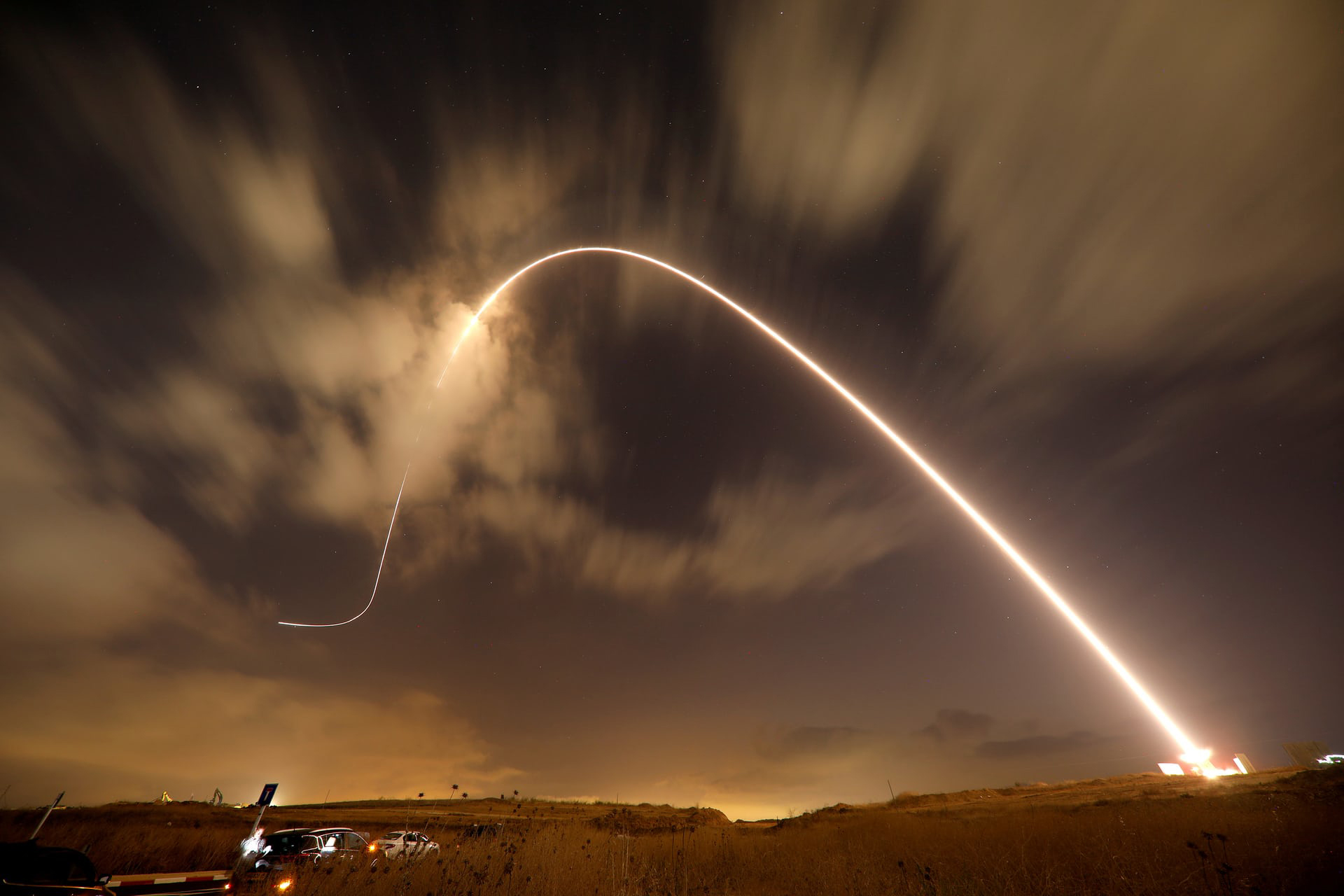 “The Iron Dome anti-missile system fires an interceptor missile as rockets are launched from Gaza towards Israel near the southern city of Sderot.” 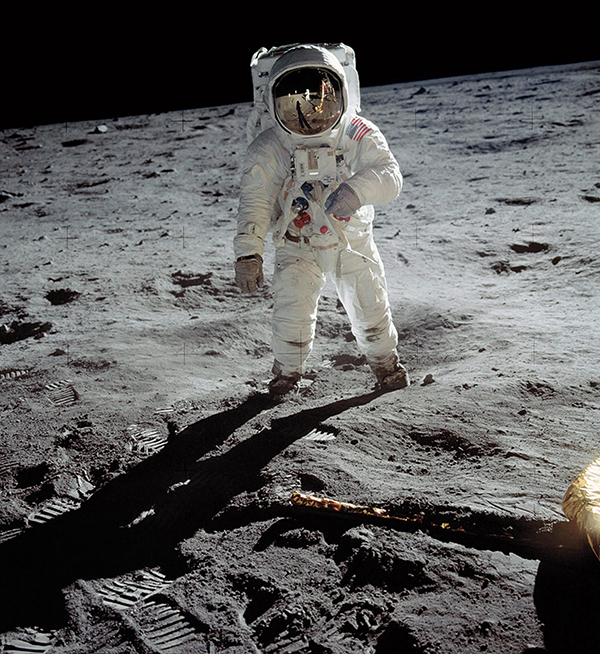 A Man on the Moon
Neil Armstrong NASA 1969

“Somewhere in the Sea of Tranquillity, the little depression in which Buzz Aldrin stood on the evening of July 20, 1969, is still there—one of billions of pits and craters and pockmarks on the moon’s ancient surface. But it may not be the astronaut’s most indelible mark.

Aldrin never cared for being the second man on the moon—to come so far and miss the epochal first-man designation Neil Armstrong earned by a mere matter of inches and minutes. But Aldrin earned a different kind of immortality. Since it was Armstrong who was carrying the crew’s 70-millimeter Hasselblad, he took all of the pictures—meaning the only moon man earthlings would see clearly would be the one who took the second steps. That this image endured the way it has was not likely. It has none of the action of the shots of Aldrin climbing down the ladder of the lunar module, none of the patriotic resonance of his saluting the American flag. He’s just standing in place, a small, fragile man on a distant world—a world that would be happy to kill him if he removed so much as a single article of his exceedingly complex clothing. His arm is bent awkwardly—perhaps, he has speculated, because he was glancing at the checklist on his wrist. And Armstrong, looking even smaller and more spectral, is reflected in his visor. It’s a picture that in some ways did everything wrong if it was striving for heroism. As a result, it did everything right.”
SOURCE 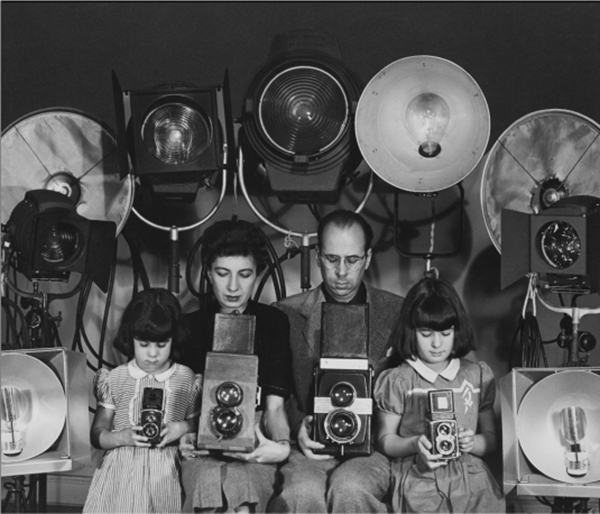 “In 1921, Philippe Halsman began developing his first images in his family bathroom. Right from the beginning, 15-year-old Halsman understood that he was doing something important. He couldn’t possibly know, however, that he would become one of the most important photographers of all time.

Born in Latvia, Halsman lived in Paris before moving to New York in 1940 where he started working for LIFE magazine, one of the first publications to include photographs. During his time at the magazine, the photographer created 101 front-cover shots, shooting celebrities from Winston Churchill, Pablo Picasso, Marilyn Monroe, André Malraux, Albert Einstein and Alfred Hitchcock.

Characterised by both a perfect technical mastery and limitless originality, the work of Philippe Halsman was a true process of experimentation. Master of manipulation, he enjoyed capturing the essence of the personality of the people he met. The Paris museum the Jeu de Paume recently produced a retrospective of his work, highlighting one particular quote from the artist:

“Each face I see seems to hide the mystery of another human being. To capture this secret has become the aim and the passion of my life.”

In order to better characterise the personalities that he photographed, he did not feel bound to the entrenched traditional codes of portrait photography. He would most notably produce portraits where his subjects were jumping in the air. “When you ask a person to jump, his attention is mostly directed toward the act of jumping and the mask falls so that the real person appears,” said Halsman.” 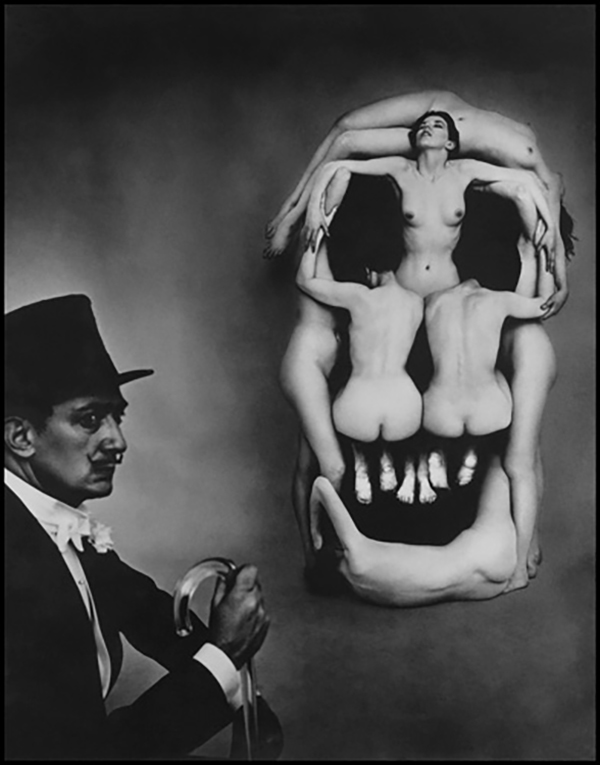 "For me, photography can be dead serious or great fun. Trying to capture the elusive truth with a camera is often frustrating toil. Trying to create an image that does not exist, except in one’s imagination, is often an elating game. I particularly enjoy this game when I play it with Salvador Dali. We were like two accomplices. Whenever I had an unusual idea, I would ask him to be the hero of my photograph. There was a cross-stimulation going on." –P.H. 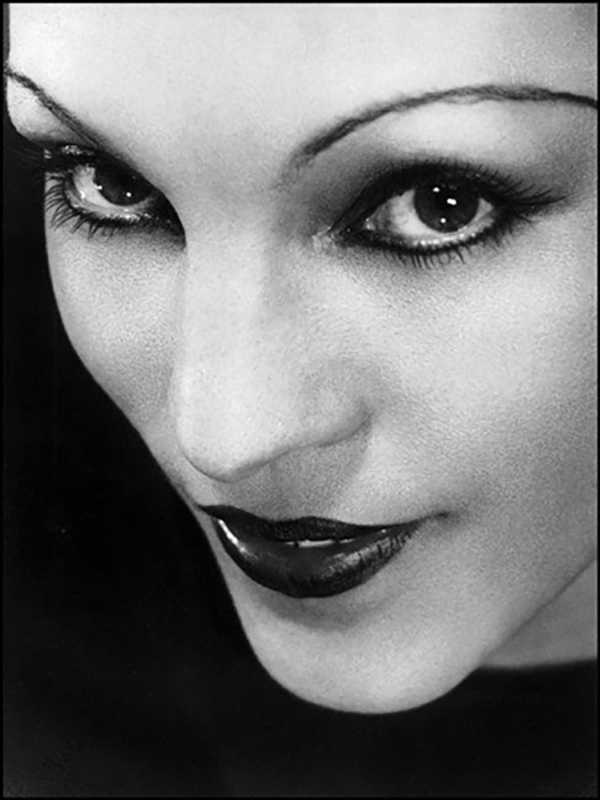 "For me, lighting is what a brush is to a painter. I want my light to give an awareness of the 3rd dimension, that it shows volume and depth. Above all I consider light as a means of characterization." –P.H. 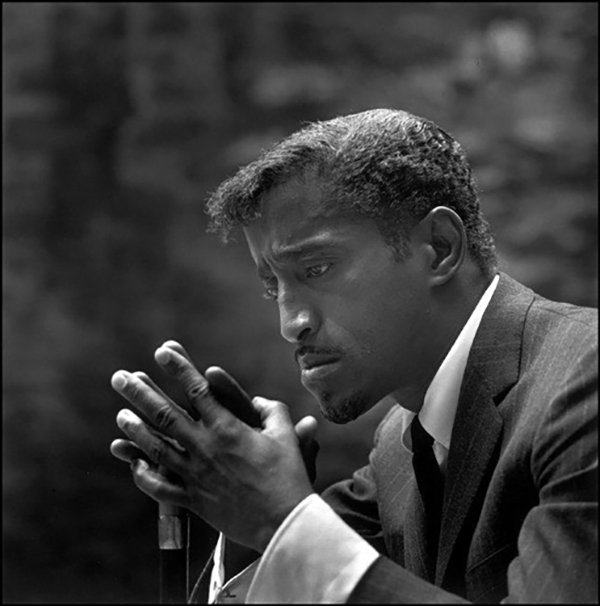 "In my opinion, the content of a photograph is at least as important as its graphic beauty -- and a profoundly perceptive portrait has more value than a perfectly composed one." –P.H. 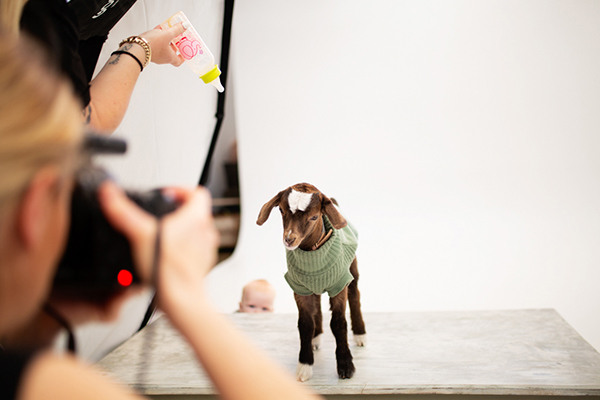 Emerging trends in technology:
“Technology is embedded in everything we do, improving the ways we live, work, and experience the world. But there’s a larger transformation at play–a shift beyond digital into in era where tech is built into every single interaction. Accenture’s 2018 Tech Vision digs into the IT trends that are rapidly reshaping not just daily life, but society as a whole, and allowing businesses in every industry to reimagine what’s possible.”
READ MORE HERE

What could possibly be invented or created that doesn’t already exist?! 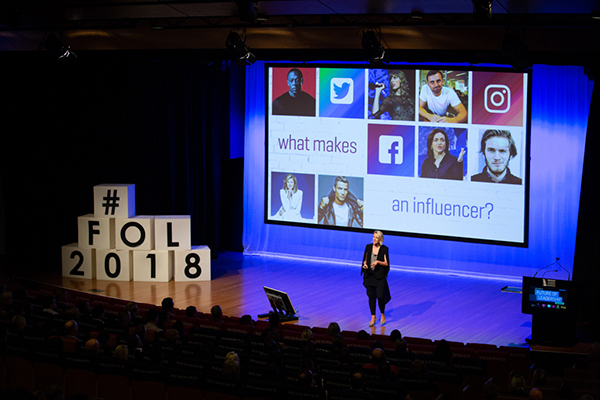 Last year, Mum did a trek in Thailand to help raise money for Hands Across The Water, a charity that supports at risk Thai children and communities.

Hands Across The Water, was originally formed after countless Thai children were left alone and homeless by the 2004 Boxing Day tsunami. Former police forensic specialist Peter Baines, working with the tsunami disaster victim identification team, was deeply touched by the number of children affected by the natural disaster and was inspired to establish an organisation that could make a real difference. In late 2005, a team of committed individuals with the desire to help others formed Hands Across The Water.

This charity was unlike many others, it was nimble, entrepreneurial and strived for goals that many thought were unattainable. Just over 12 years later, Hands has raised more than $20 million for the children and communities in Thailand and now cares for more than 350 children throughout the country.

Last week, the Hands Group reached out to it’s followers requesting a photographer for their fundraising event: Future of Leadership in Brisbane on Tuesday 14th August. Mum (of course) put us in touch and I was very lucky to be invited along to photograph their event.

Running since 2014, these one-day events include talks from some of Australia’s most sought after and forward thinking speakers, who provide fresh insight into the most topical and crucial issues affecting businesses today.

PLEASE CLICK THIS LINK TO READ ABOUT THESE AMAZING SPEAKERS!

Mark Matthews and Julie Cross in particular had the whole room enthralled and moved to tears. All of the speakers were incredibly inspiring and motivating and I now feel empowered to be more of a leader and ready to embrace the future! 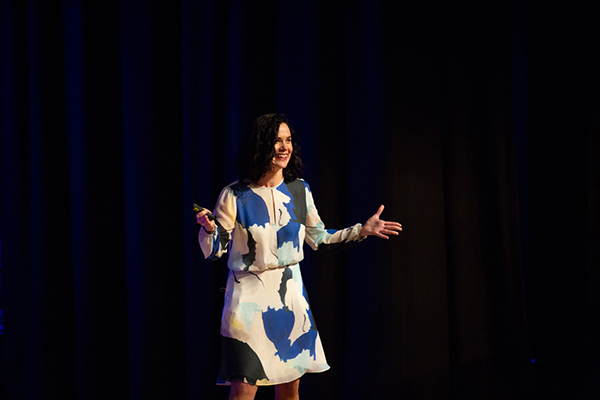 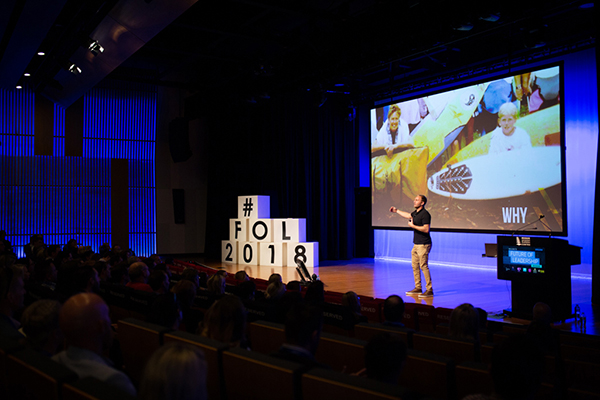 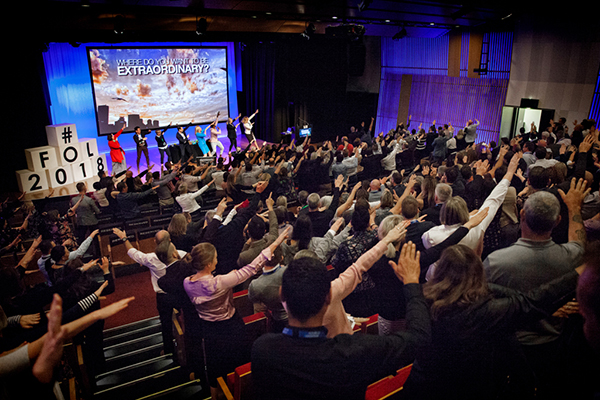 The future of camera technology…

“Digital cameras are always changing, adding new features and improving old ones. The technologies appearing in today’s cameras were initially discovered several years ago, perhaps even for a different purpose, before becoming part of the mainstream camera world.

Here are some of the most interesting and promising changes coming to digital camera technology in the near future.

Cameras of the future may no longer require a shutter button. Instead, photographers could wink or use a voice command to tell the camera to record a photo. In the case of a wink, the camera probably would be built into a person’s glasses or another everyday item. With the camera built into a pair of glasses, aiming the camera would be easy, too.

This type of camera potentially could work in a manner similar to a hands-free cell phone, where you can issue commands without the need to push a button.

An ultra-compact camera generally is defined as a camera that measures 1 inch or less in thickness. Such small cameras are great because they easily fit in a pants pocket or a purse.

The camera of the future could redefine “ultra-compact,” though, creating cameras that could be 0.5 inches in thickness and maybe with smaller dimensions than today’s cameras.

This prediction makes some sense, as digital cameras from a decade ago were much larger than today’s small models, and the high-tech components inside digital cameras continue to shrink. As more cameras incorporate touch screens for operating the camera, the camera’s size could be determined by the size of its display screen, eliminating all other controls and buttons, much like a smartphone.

Today’s rechargeable batteries in digital cameras are as powerful as they’ve ever been, allowing at least a few hundred photographs per charge. However, what if you could charge the camera automatically as you’re using it, without the need to be plugged into an electrical outlet?

The camera of the future could incorporate some sort of solar energy cell, allowing the battery to either operate only from solar power or allowing it to charge the battery using the solar cell.

Some questions would have to be answered first, such as how much the solar cell would add to the size of the camera. Still, though, it would be nice to have a built-in solution to prevent the problem of a dead battery.

Olympus‘ effort at setting its ultra-zoom SP-100 camera apart involves giving this model a futuristic Dot Sight mechanism that will help you track far-off subjects while the camera’s powerful 50X optical zoom is fully engaged. Most photographers who have made use of cameras with long zoom lenses have experienced the problem of having a subject move out of the frame while shooting over a long distance with the zoom in use.

The Dot Sight is built into the pop-up flash unit and gives the SP-100 a unique feature. You certainly won’t find this type of feature on any other consumer-level camera. More »

Lytro cameras have been employing light field technology for a few years, but this idea may become a bigger part of general photography soon. Light field photography involves recording the photo and then determining which portion of the photo you want to have in focus later.

Cameras that excel in low light — or no light — photography are on the way. The ISO setting in a digital camera determines the sensitivity to light for the image sensor, and a setting of 51,200 is a common maximum ISO setting for today’s DSLR cameras.

But Canon has unveiled a new camera, the ME20F-SH, that would have a maximum ISO of 4 million, which effectively would allow the camera to work in the dark. Expect more cameras in the future that can match this model’s low light performance level … and exceed it.”

Thank you Lifewire for this article: SOURCE